What does the Research say?

Choose Organic for the Cleanest Milk

Samples of non-organic retail milk tested positive for residues of antibiotics – two of which are illegal in the United States and banned from dairy production -- and commonly-used controversial pesticides. Organic milk showed no such contaminants. Residues of growth hormones in conventional milk were up to 20 times higher than in organic.

Learn more about this new study conducted by researchers at Emory University, in collaboration with The Organic Center. Here are the highlights: 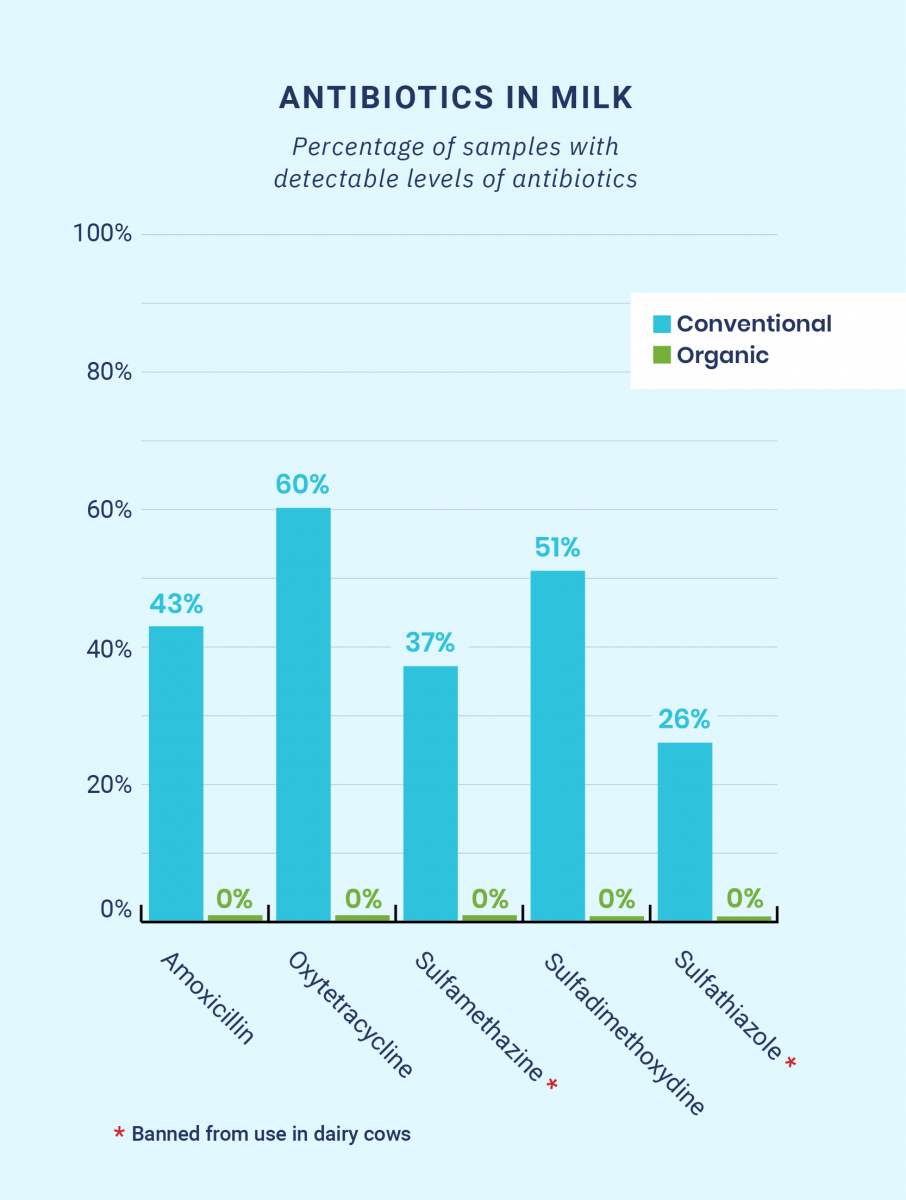 Antibiotic residues were detected in 60% of conventional milk samples. 37%  of the samples tested positive for sulfamethazine, and 26% for sulfathiazole, both of which have long been outlawed in lactating dairy cows. One of the samples contained residue of amoxicillin that exceeded the federally allowed limit. 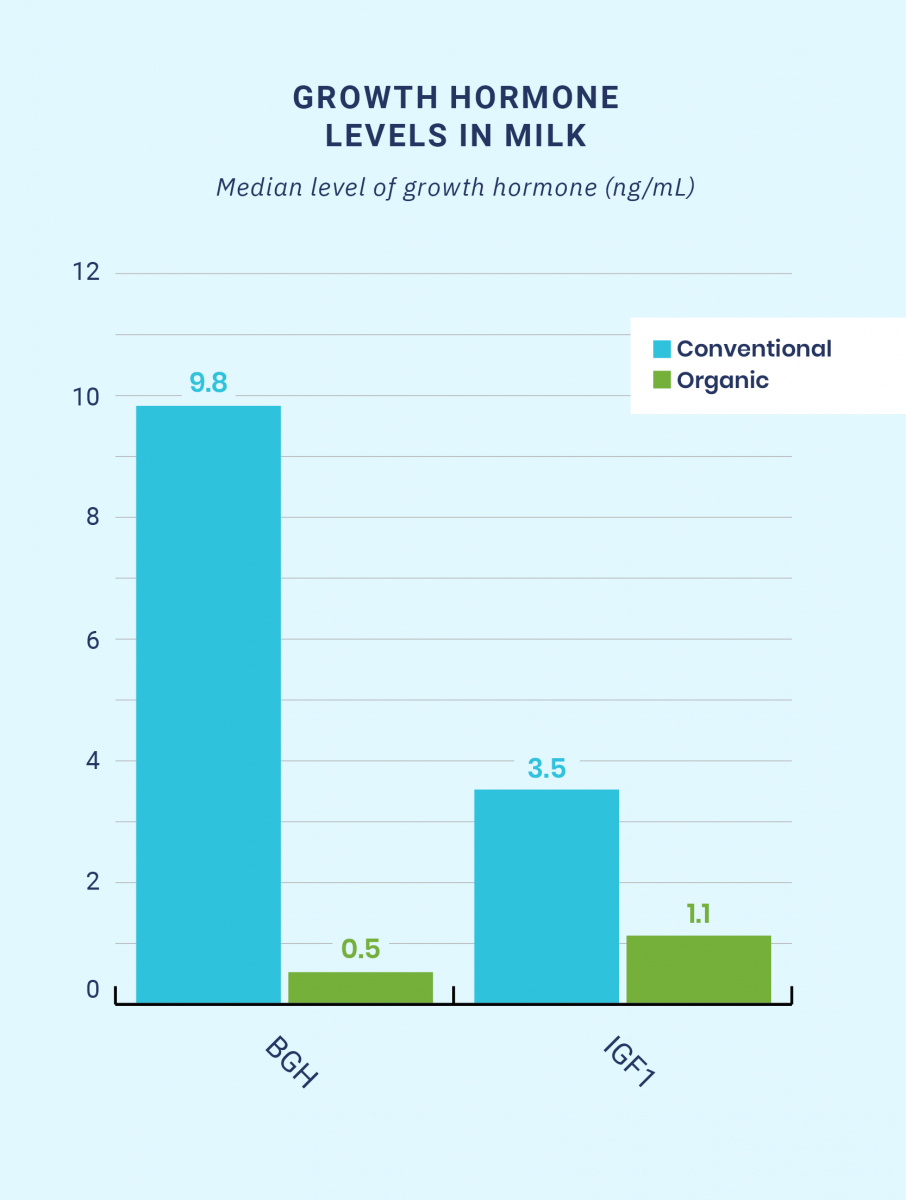 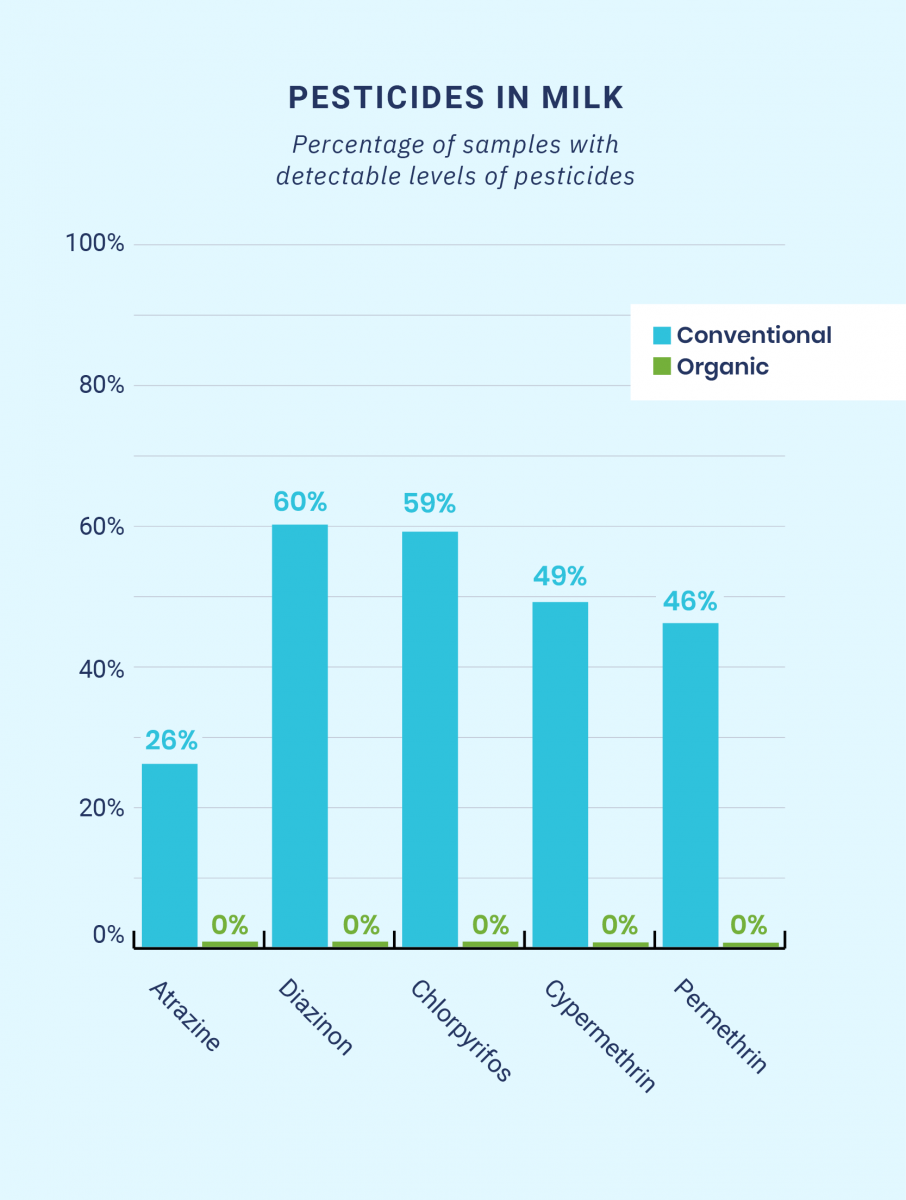 The study shows that organic is an easy way to avoid contaminants in milk, providing consumers with an option free of commonly used antibiotics, pesticides and synthetic growth hormones.

“Consumers can feel safe in choosing organic milk. This study finds that the presence of antibiotics and pesticides in conventional milk is much more prevalent and pervasive than previously thought – and that organic milk doesn’t contain any of these contaminants.”

Importantly, residues of sulfamethazine were found in 37 percent of the conventional samples, and sulfathiazole in 26 percent. The use of both of these antibiotics for lactating cows has long been banned by the Food and Drug Administration (FDA). The biggest health concern is a life-threatening allergic reaction (acute hypersensitivity). About 2 percent of the general population is severely allergic to sulfa drugs. Outside of allergic reactions, there are many adverse side effects connected to the sulfonamide class of antibiotics. In addition, one of the conventional samples contained residue levels of amoxicillin that exceeded the FDA limit.

“The presence of antibiotics in the food supply has raised concerns about their possible role in increasing antibiotic resistance and hypersensitivity reactions,” said the study.

The results found no residues of commonly-used pesticides in any of the organic milk samples, but residues in up to 60 percent of the conventional samples.

Of note is that conventional milk tested positive for residues of the dangerous neurotoxin chlorpyrifos in 59 percent of the samples. Chlorpyrifos is associated with developmental issues in babies and children. Restrictions were imposed on the use of chlorpyrifos in residential settings in 2000. The pesticide was court ordered to be banned in agriculture in 2018, but this ban has been appealed by the current administration.

Citing growing evidence that chloripyfos “causes serious health effects in children and other sensitive populations at lower levels of exposure than previously understood,” California recently announced plans to ban the pesticide. While use of the chemical in California – one the country’s leading agricultural states – has declined in recent year, the state is the biggest user of the pesticide, applying almost a million pounds to fields and crops in 2016. Several other states have started to take action to crack down on the use of chloripyrifos.

What are the Benefits of Organic Milk and Dairy Products?
What does the Research say?
What about Animal Welfare and Climate Change?
Is Milk Healthy?
Styles