2018: Make a difference by making it organic

2018: Make a difference by making it organic

Groundbreaking studies in 2017 continued to prove the ability of organic agriculture to combat climate change, to feed the world sustainably, to protect the health of our children and ourselves, and much more. As is its annual tradition, The Organic Center has put together its list of top ten science-based New Year’s resolutions to help you make a difference in your world by making it organic.

One: Fight the causes of climate change. 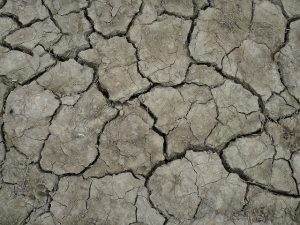 A ground-breaking study showed that organic soils are combating climate change by locking away carbon in long-term reserves that would otherwise be in the atmosphere. A collaboration between the National Soil Project at Northeastern University and The Organic Center compared over 1,000 soils from organic and conventional farms to understand how organic vs conventional agricultural management practices influence components of soil organic carbon. The study was the first to compare the amount of total sequestered soil organic carbon - found in the form of long-lived humic substances –between agricultural systems on such a wide scale basis. The results demonstrated that organic farms store more carbon in the soil, and keep it out of the atmosphere for longer than conventional farming methods. 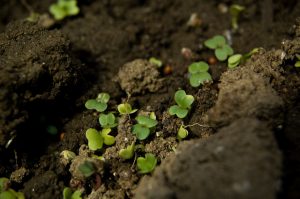 It’s the little teeny things in our soils – the invisible-to-the-eye microorganisms -- that make a big difference. Studies from across the globe demonstrated that organic farming systems boost a soil’s microbial diversity, and support more of the beneficial microbes that fight off the disease-causing ones. A study in the journal Frontiers in Microbiology looked at soil samples taken from 160 organic and conventional sample plots in the long-term Soil Health Experiment in the Netherlands and found that the microbial community in organically managed soils is more diverse than in conventional soils. The organic plots were also found to foster more of the microbes that suppress plant pathogens. Another 3-year study in Applied Soil Ecology found that organic banana plantations have better soil health and more microbial diversity than their conventional counterparts and a study from researchers in Sweden found that organic grain fields housed a greater diversity of beneficial arbuscular mycorrhizal fungi – which increase water and nutrient uptake in crops – than conventional grain fields. 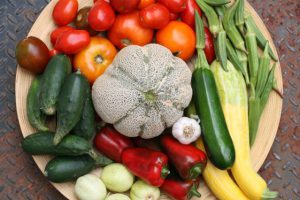 A study led by researchers at the Research Institute of Organic Agriculture (FiBL) in Switzerland indicates that global conversion to organic agriculture combined with reducing livestock feed from arable land, and substantial cuts in food waste, could help feed the world more sustainably in the future. The findings, published in the journal Nature Communications, show organic agriculture can help provide sufficient food and improve environmental impacts, provided that adequately high proportion of legumes are produced. 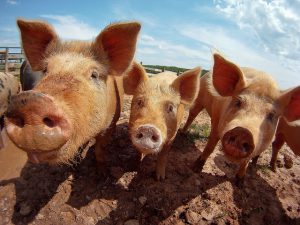 Photo credit: US Department of Agriculture

Organic agriculture combats antibiotic resistance on multiple fronts. Studies show that by prohibiting antibiotic use in organic livestock production, organic farms and food harbor less antibiotic resistant bacteria than conventional. A 2017 study in Frontiers in Microbiology found that pigs raised on organic farms have significantly fewer strains of antibiotic-resistant Campylobacter, a bacteria known for its ability to infect humans from livestock, than pigs raised conventionally. Furthermore, a new study also demonstrates that commonly used herbicides can have the unintended consequence of increasing bacterial resistance to antibiotics, and highlights that organic can combat antibiotic resistance through the prohibition of most herbicides.

Five: Save the bees. 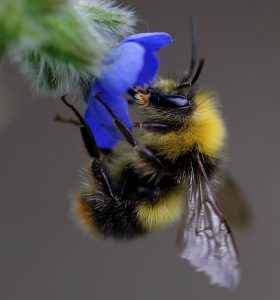 In 2017 a series of high profile scientific papers were published in the scientific journal, Science, soundly confirming that neonicotinoid insecticides negatively affect insect pollinators. One study demonstrated that honey bee colonies in Canada’s corn growing regions exposed to neonicotinoids for the majority of their active season – three to four months – suffered increased bee mortality, lower social immunity and higher queen loss. Another study using large field experiments in Hungary, found that honey bees and wild bees were negatively affected by neonicotinoid exposure, with honey bee colonies experiencing declines of almost 25% after overwintering and successful reproduction dropping in wild bees. A final study sampled honey from across the globe and showed that 75% of their samples were contaminated with neonicotinoid pesticides at levels known to be dangerous to bees. 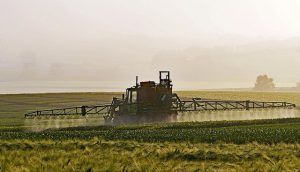 A study in Science of The Total Environment looked at the human health impacts of pesticide exposure. The study cited numerous environmentally induced diseases including short-term impacts such as skin and eye irritation, headaches, dizziness, and nausea as well as long-term impacts such as cancer, asthma, and diabetes. Researchers called for the development of eco-friendly pesticide alternatives and Integrated Pest Management techniques that do not rely on pesticides. Choosing organic production, which prohibits the use of toxic, synthetic pesticides reduce the risks to the farmers and farm workers that put the food on our plates. 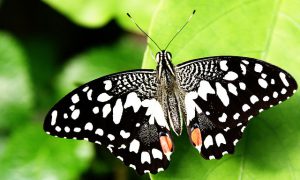 Research published in Global Change Biology found that organic farming benefits biodiversity. Looking at data from around the world, the research found that overall, organic farms and fields with high levels of plant diversity increased both the abundance and the number of species of beneficial insects such as pollinators and pest predators. Another study published in the scientific journal Agriculture, Ecosystems & Environment found that organic vineyards in Spain are home to more butterflies and plants than their conventional counterparts. A final study from Japan confirms that bird diversity is greater on organic versus conventional apple orchards. 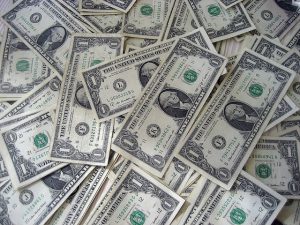 Nine. Honor the next generation 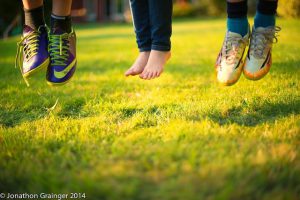 A 2017 study in the International Journal of Environmental Research and Public Health found that exposure to multiple neurotoxic pesticides near the homes of pregnant women in farming communities is associated with lower IQs in their children. Researchers from the University of California, Berkeley observed that pesticide-use profiles of neurotoxic pesticides used close to the homes of pregnant women living in agricultural communities were associated with IQ deficits in the children later on in life. This study is important because most people are typically exposed to more than one chemical at a time.

Ten: Get a clean night’s sleep! 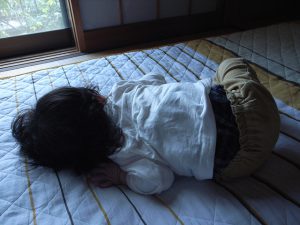 A study published in Chemosphere  found that bed sheets tested positive for some of the highest levels of flame retardants, highlighting the potential risk for exposure via the skin, especially through dust in bed sheets. “More human exposure pathways other than dust ingestion should be considered, such as the dermal contact with beddings and furniture,” the authors concluded.