Arsenic in the food supply: Questions and Answers

Arsenic in the food supply: Questions and Answers

May 09, 2012
Reprinted with permission of the Sound Consumer, a publication of PCC Natural Markets

Arsenic in the food supply: Questions and answers

Media coverage about findings of arsenic in brown rice syrup and other rice-based foods has failed to point out that arsenic is a concern for the entire food industry – in both conventional and organic systems.

Like lead, cadmium and mercury, arsenic is a chemical element formed over the eons and is part of the earth’s crust, occurring in soil and groundwater used for drinking and irrigation. The global supply basically is fixed, although levels and forms vary according to geography and soil type.

Some forms are more toxic than others. Mining and industrial processes result in movement of arsenical compounds in the environment. 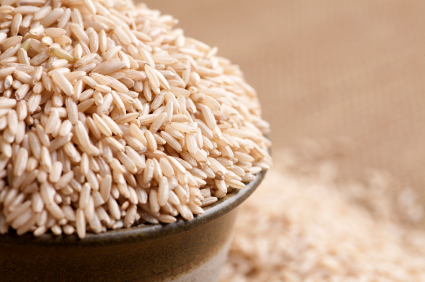 Today, dangerously elevated levels of arsenic in soil tend to be mostly in areas downwind from industrial plants emitting smoke contaminated with arsenic, or in farming regions where arsenical herbicides or animal drugs containing arsenic (especially roxarsone) have been used. Arsenical herbicides still can be applied legally to golf courses, highway rights-of-way, sod farms, and cotton fields. Rice is about 10 times more efficient than any other grain in taking arsenic up from soil and much of the U.S. rice crop is grown on land formerly used to grow cotton.

There is no federal standard for arsenic in food and experts say the Environmental Protection Agency’s 10 part per billion (ppb) drinking water standard is not a comparable reference, nor is it necessarily a safe level.

The U.S. Food and Drug Administration and the World Health Organization are tackling this issue now, but meaningful action to reduce exposures and risk are likely years away. In the meantime, PCC is trying to make sense of the often conflicting or incomplete data on actual levels in food, and what a safe level may be.

We’re part of an Organic Trade Association task force to examine the issues and make recommendations to the industry and consumers.We’ve asked our Congressional representatives to support a bill that would set a federal standard.

The Chief Scientist of The Organic Center, Dr. Chuck Benbrook, is a technical advisor to the industry task force.We asked Chuck to answer some of our – and your – pressing questions.

Q: Dr. Urvashi Rangan, senior scientist at Consumers Union, has said, “If you’re consuming foods with a lot of brown rice syrup ─ whether organic or not ─ and you have kids consuming a lot of those on a daily basis, you really want to take note. You may want to consider moderating the amounts of those foods that you eat for now until the government sets a standard, which it needs to do.”

Do you agree? And what does the data suggest a safe standard would be?

A: Yes, I agree, especially for young children. It’s surprising the recent Dartmouth study stirred up so much media attention and anxiety, since a number of studies over the last decade have reported similar levels of arsenic in a variety of rice-based products. Many of the studies end with ominous expressions of concern over arsenic exposure levels, especially for infants and small children consuming a significant amount of rice-based foods in the first years of life.

Why the heightened concern about babies and young children? A baby’s immature systems can’t excrete many toxic substances as efficiently as adults so they’re much more vulnerable to endocrine disruptors, such as arsenic.

The exposure level to a child for any contaminant, per pound of bodyweight, can be 10- or even 100-fold higher than an adult, and the risk levels 100- to 1,000-fold (or more) higher. This is why all developed countries now base their toxic chemical control programs on protecting the health of pregnant women, infants and children.Keeping them safe over-protects most of the rest of us.

Q: Shoppers are learning this news about arsenic and rice isn't new ─ that studies in 2008, for instance, showed elevated levels of arsenic in rice milk prompting Denmark and the U.K. to advise against rice milk for children under age 3 or 4 1/2, respectively. Gluten-free customers especially are upset they weren’t informed of these concerns sooner because they rely on rice foods. Is it possible they’ve consumed excessive amounts of arsenic and how would they know?

A: Unfortunately, it is possible and on a global basis nearly certain for some populations at certain times. It’s shameful that government and the food industry haven’t addressed this documented problem more systematically. One wonders why pesticides and animal drugs containing arsenic are still in use.

For parents who want to minimize risks, it’s a good idea to avoid foods known to be high in arsenic, such as brown rice syrup, rice-drinks, and certain fruit juices, unless they come from a reliable source and assurances of safety are backed up by credible, transparent science.

There are sound reasons to focus more attention on arsenic levels and risks but parents shouldn’t feel overly anxious if their child has been fed a rice-based food or milk replacer. If parents are really concerned, simple urine, hair and nail tests can determine short-term or long-term, chronic exposures. A solid paper on measuring arsenic in the body by government scientists (Orloff,Mistry, and Metcalf)appeared in the August, 2009 “Journal of Toxicology and Environmental Health”. The authors wrote:

“Measuring the urinary concentration of As is useful in assessing recent exposure to As, and high-quality reference ranges are available ... Biomonitoring for As in hair and nails has been used in many studies and is particularly useful in evaluating chronic exposures to As. Interpreting the health implications … is limited by the small number of studies that provide information on the … relationship between biomonitoring test results and adverse health effects.”

Be aware these tests are expensive and require a specialized laboratory to quantify properly the levels present and their forms, since some forms are less toxic than others.

Q: What about juice? Consumers Union reported in January that only 41 percent of the non-organic apple and grape juices tested would meet its proposed standard of 3 ppb of total arsenic.

A: It meansthat a 22-pound toddler should drink no more than 4 ounces of juice a day, and a 35-pound child should drink no more than 6.75 ounces a day ─ about one juice box. This is based on a risk tolerance rate of 1 in 1,000 for cancer, which is far less strict than the standard commonly used by EPA for most other carcinogens (1 in 1,000,000), but it’s a level that the food industry can achieve.

Q: You say pears may have somewhat higher levels, too. Are organic choices safer?

A: Of course organics are safer. Organic standards always prohibited arsenical and other conventional pesticides. Certifiers have had authority to order soil testing when there’s cause for concern, and there’s discussion underway now to require testing for various residues as yet another check for safety. Organic standards also prohibit animal drugs containing arsenic, still used for non-organic chicken, turkey and hog production.

Reprinted with permission of the Sound Consumer, a publication of PCC Natural Markets