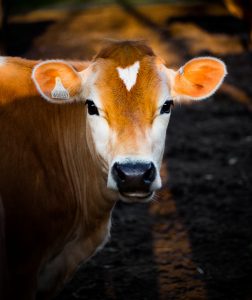 Milk's role as a potential contributor to a healthy diet is supported by the American Academy of Pediatrics and the American Heart Association. The U.S. dietary guidelines for Americans is 2 to 3 cups of milk or its equivalent per day. Equivalents can be found in all dairy products including yogurt and cheese.  And Americans love dairy: milk, yogurt, cheese, ice cream, butter, pizza, and more are all favorites in our kitchens and restaurants. But when it comes to organic versus conventional, not all dairy is created equal. A recent report by The Organic Center highlights the differences between the nutritional qualities of conventional and organic milk and explains what’s special about the way organic dairy is produced, and why those differences are important for the health of cows, consumers, and the environment.

The report also contains results from a breaking news study published in Public Health Nutrition, which shows that organic milk offers more than enhanced nutritional qualities- it is safer too. This study found pesticide and illegal antibiotic contamination in non-organic milk purchased off the store shelf. Researchers looked at samples of milk being sold at grocery stores around the country, comparing residues in conventional milk (35 samples across 18 brands) to organic milk (34 samples across 10 brands). They found that organic milk does not contain any residues of currently used pesticides or antibiotics, and has lower levels of growth hormones than conventional milk.

The researchers tested a wide variety of pesticides that are currently used in conventional production, and found no residues of these commonly used pesticides in organic milk samples. Conventional samples, on the other hand, showed residues of several pesticides, including atrazine, chlorpyrifos, cypermethrin, diazinon, hexachlorobenzene, and permethrin (26%-60% of the samples). Pesticide levels in the conventional samples were below the FDA limit for all of the pesticides.

Antibiotics are banned from use in organic dairy production, and with good reason. Using antibiotics can lead to antibiotic-resistant infections in animals that can be passed to humans. Antibiotic resistance has been described as one of the most pressing human health concerns today, and contributes to thousands of deaths each year.

For more information about why the detected pesticides and antibiotics are concerning for your health visit: https://www2.organic-center.org/frequently-asked-questions

Synthetic growth hormones are also banned from use in organic farming. While growth hormones are naturally produced by animals, the use of synthetic growth hormones has gained popularity in conventional dairy operations because they promote the production of milk. Hormones given to cows not only make their way into the milk that we drink, but cows who are treated with these hormones also tend to get sick more readily, causing an increase in antibiotic use, continuing the vicious cycle of drug use, resistance, and contamination. While scientific evidence is mixed, the greatest concern centers around a protein called IGF-1 (Insulin-like Growth Factor 1), which is produced in the liver in response to the bovine growth hormone.

Much research since approval has linked high levels of IGF-1 to breast cancer, colorectal, and prostate cancers. Studies have also linked higher levels of IGF-1 to issues in childhood growth and development, as well as immunity. While there is no federal limit set for cow-derived hormones in milk, this study found levels of the bovine growth hormone (bGH), the precursor to IGF-1, to be 20 times higher in conventional milk than organic.

Conclusions from this study

Organic dairy is an important choice for consumers who want to avoid exposure to chemical contaminants in milk. By testing milk straight off store shelves, researchers were able to uncover exactly what consumers are ingesting when they choose conventional or organic milk. There needs to be more research conducted to expand the study and test more samples across the U.S. We also need to better understand why and how some of the conventional samples exceeded allowable limits, especially for banned antibiotics. In the meantime, in order to get the important nutrients from dairy, the clean choice is organic dairy.