This study was featured on Civil Eats!  If you'd prefer to read the full paper, you can view it here, where it's published in the peer-reviewed journal, Advances in Agronomy. 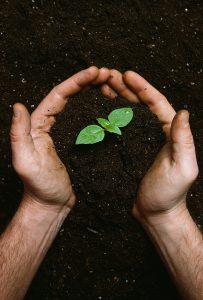 A new groundbreaking study proves soils on organic farms store away appreciably larger amounts of carbons – and for longer periods -- than typical agricultural soils. The important study, directed by The National Soil Project at Northeastern University in collaboration with the Organic Center, provides a new significant proof point that organic agricultural practices build healthy soils and can be part of the solution in the fight on global warming.

The new data will be published in the Oct. 1 issue of the scientific journal Advances in Agronomy. One of the largest field studies of its kind ever conducted, the study pulls together over a thousand soil samples from across the nation. It uses cutting-edge methods to look at how organic farming affects the soil’s ability to lock away carbon and keep it out of our atmosphere.

One of its most compelling findings is that on average, organic farms have 44% higher levels of humic acid -- the component of soil that sequesters carbon over the long term -- than soils not managed organically.

Agriculture is one of the main causes of the depletion of carbon in the soil and the increased presence of carbon in our atmosphere, as evidenced by a recent study published by the National Academy of Sciences that estimated agriculture’s role in global soil carbon loss. Organic farming can play a key role in restoring soil carbon and in reducing the causes of climate change, and this study proves that. 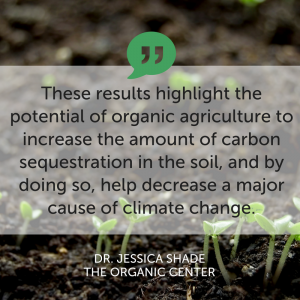 “This study is truly groundbreaking,” said Dr. Jessica Shade, Director of Science Programs for The Organic Center. “We don’t just look at total soil organic carbon, but also the components of soil that have stable pools of carbon – humic substances, which gives us a much more accurate and precise view of the stable, long-term storage of carbon in the soils.”

“To our knowledge, this research is also the first to take a broad-view of organic and conventional systems, taking into account variation within management styles, across crops, and throughout the United States.  It gives a large-scale view of the impact of organic as a whole, throughout the nation,” said Dr. Shade.

“We were focused on developing and adopting reliable methods of soil analyses for this national project. It was a huge, co-operative effort involving hundreds of sample donors. The results of this project will be of value to farmers, policy makers and the public at large,” said Dr. Davies.

Digging deeper into the matter 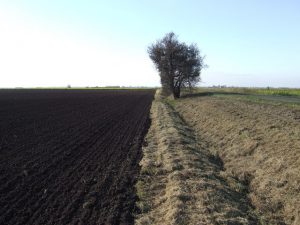 Healthy soils are essential for robust and resilient crop production, and the amount of soil organic matter is one of the most critical components of a healthy soil. Organic matter is all the living and dead plant and animal material in our dirt than make it more than dirt – earthworms and insects and microorganisms, plant and animal residues, fermented compost, decomposed leaves and plant roots.  Soils high in organic matter support healthy crops, are less susceptible to drought, and foster a diversity of organisms vital to soil health. Soils rich in organic matter can also maintain carbon for long periods of time, and help reduce the causes of climate change.

“A number of studies have shown that practices commonly used in organic farming increase soil organic matter and soil health,” said Dr. Tracy Misiewicz, Associate Director of Science Programs for The Organic Center. “Some of these practices include the use of manure and legume cover crops, extended crop rotations, fallowing and rotational grazing. These same practices are likely also involved in increasing the important humic substances in soil.”

The gold standard of organic matter are the humic substances. Humic substances – made up of carbon and other elements – are the life-blood for fertile soils. These substances resist degradation and can remain in the soil for hundreds and sometimes thousands of years. They don’t just mean healthy soil; they are also one of the most effective ways to mitigate climate change. The more humic substances in a soil, the longer that healthy soil is trapping and keeping carbon out of the atmosphere. 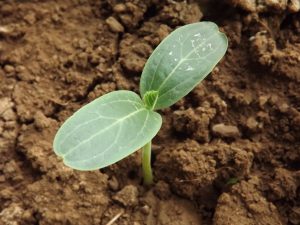 The study shows that the components of humic substances – fulvic acid and humic acid -- were consistently higher in organic than in conventional soils.

The research found that, on average, soils from organic farms had:

This is the first time scientific research has given an accurate picture of the long-term soil carbon storage on organic versus conventional farms throughout the U.S., since most studies focus on individual farms or total soil organic carbon.  The Organic Center’s study takes farms from around the nation into account and looks at the most accurate measure of carbon sequestration. 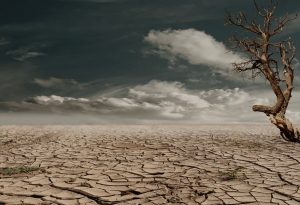 Farmers collected the samples in 2015 and 2016. Fifty-gram samples (2-3 tablespoons) of air-dried surface (0-30 cm) agricultural top soil, along with the geographical (GPS) location, texture and classification (if known) were provided.

“This study shows there are positive differences in organic soil,” said Minnesota organic farmer Carmen Fernholz, who sent in soil samples from his 425-acre organic corn, soybean and small grains farm. “We are showing that organic farming enhances the soil, so this is how we have to move forward. For me as a farmer, the most important results of this research is that USDA should now prioritize its organic management system and our organic research dollars.”

“The more we understand about the Soil Organic Matter system, the better we can monitor, measure and maintain it,” said organic produce grower Helen Atthowe who submitted samples from her and her husband’s 26-acre Woodleaf Farm in northern California. “The results of this study can make Soil Organic Matter more predictable to manage and thus easier for more farmers to adopt practices that encourage organic matter.”

“Our study compares soils from the real world, and its findings can have a huge impact on the real world,” said Dr. Shade of The Organic Center. “These results highlight the potential of organic agriculture to increase the amount of carbon sequestration in the soil, and by doing so help decrease a major cause of climate change.”

Thank you to our funders!

This project was made possible with the generous support from our funders.  Thank you to the UNFI Foundation, Farmers Advocating for Organic, and the VK Rasmussen Foundation.

The Organic Center's mission is to convene credible, evidence-based science on the health and environmental benefits of organic food and farming and to communicate the findings to the public. The Center is an independent non-profit 501(c)(3) research and education organization operating under the administrative auspices of the Organic Trade Association.