Can eating an organic diet decrease your cancer risk?

Can eating an organic diet decrease your cancer risk? 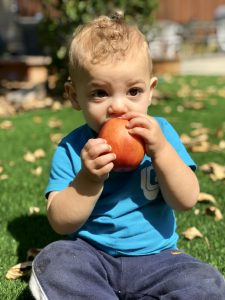 A groundbreaking study released today suggests that eating an organic diet may significantly lower cancer risk. Researchers compared French adults who frequently consumed organic foods to those who never consumed organic foods and found a 25% reduction in overall cancer risk. As stated by the study authors: “a higher frequency of organic food consumption was associated with a reduced risk of cancer.”  They also looked at specific cancer types and found that eating an organic diet significantly decreases the risk of developing three cancer types: Non-Hodgkin lymphoma risk is reduced by 86%, all lymphomas risk is reduced by 76%, and postmenopausal breast cancer risk is reduced by 34%.

These are some pretty striking results, and this is the first study of this scale to find such clear support of organic foods. The study was well designed, and allowed the research team to follow up with the 68,946 participants over several years to see how their food choices impacted cancer risk, while controlling for confounding variables like dietary patterns and other lifestyle factors. In an accompanying editorial, Frank B. Hu, MD, PhD, Jorge E. Chavarro, MD, ScD, and Elena C. Hemler, BS, from Harvard’s School of Public Health highlight these strengths, noting the study’s “large sample size, prospective design, and modest loss to follow-up.”

The study also has some limitations, however, that are great jumping-off points for future research. For example, organic food consumption was self-reported, so we can’t be sure that people can accurately estimate how much of the food they eat is organic. Another issue that could be improved upon in future studies is examining the specific types of foods that consumers are choosing when they purchase organic, because different food categories have different levels and classes of pesticides. Examining the nuances of what foods are having the biggest impact on cancer risk reduction would enable us to better understand how organic diets are impacting our health.

While this study is groundbreaking, it’s not the first to look into this issue. In the last few years we’ve just started to see research come out linking organic diets with health impacts.  For example, the authors mention the Million Women Study, which was published back in 2014 and also looked at how eating an organic diet impacts health risks. They found a reduction in non-Hodgkin lymphoma risk associated with eating organic food. A few other studies have found that eating organic decreases the risk of certain birth defects and that dietary exposure to pesticide residues can have an impact on reproductive health for both men and women.

In Helmer et al.’s editorial they point out that eating organic shouldn’t replace a healthy diet, noting that “current evidence indicates that the benefits of consuming conventionally grown produce are likely to outweigh the possible risks from pesticide exposure.” I’d argue, however, that eating a healthy diet should include an organic component. Indeed, with this latest JAMA study concluding that “promoting organic food consumption in the general population could be a promising preventive strategy against cancer,” it could be a critical tool for fighting an epidemic is diagnosed in new patients over a million times per year and is estimated to kill over 600,000 people in 2018 alone. We do need more research on the impacts of how our consumption patterns impact our health, but until then I’ll be choosing organic!