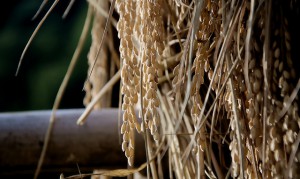 There has been a lot of talk recently about the safety of naturally occurring, low levels of arsenic in rice. One of The Organic Center’s current projects is looking at methods for reducing already low levels of arsenic in organic rice. Adding to the discussion, this month Consumer Reports released the report “Analysis of Arsenic in Rice and Other Grains” that was covered in the Dr. Oz Show and several other media outlets. This blog takes a look at the safety of rice, the Consumer Reports analysis, and how organic practices differ from conventional methods.

Arsenic in rice: Where does it come from?

Arsenic is a naturally occurring metalloid in the soil, but the presence of arsenic in some areas has been increased as a result of human activity such as the past use of arsenic-based pesticides in conventional agriculture. There are two types of arsenic compounds: organic arsenic and inorganic arsenic. However, only the inorganic form of arsenic is known to have high toxicity.

Although arsenic is not used by rice, it can be present in the plants because of the chemical’s similarity to silicon, which the plant uses to strengthen its stems and husks. Rice is grown in flooded fields, which can cause anaerobic conditions that increase arsenic’s ability to fit into the crop’s silicon transporters, resulting in uptake of arsenic by rice. As the plant produces rice grains, the arsenic can be integrated into the grains rather than silicon. 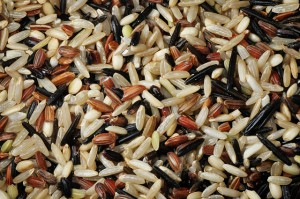 Consumer Reports: What they found

In 2012, Consumer Reports released out a publication showing that rice does contain low, but measurable, levels of arsenic. Its 2014 report expands this analysis by including data from the 2012 tests, FDA data, and 128 samples of basmati, jasmine, and sushi rice, 656 rice-containing foods, and 114 samples of non-rice grains.

The findings showed that the highest levels of inorganic arsenic were in rice labeled as being from the U.S. (general), Arkansas, Louisiana, or Texas. The analysis found the lowest levels of inorganic arsenic in basmati rice from India, Pakistan, and California, and sushi rice from the United States. These low levels of inorganic arsenic caused Consumer Reports to increase its recommendations for average weekly rice consumption of basmati rice from India, Pakistan, or California, and sushi rice from the U.S. (from two servings for adults to 4.5 servings per week, with a serving size defined as 45 grams or ¼ cup of uncooked rice). However, it maintained its recommendations of two servings for adults and 1.25 servings for children per week for other rice types.

Brown rice was consistently higher in inorganic arsenic content than white rice when comparisons were made within type. Within the brown rice categories, the study found similar groupings of the highest versus lowest arsenic accumulators, with brown basmati rice from India, Pakistan, and California being lowest in inorganic arsenic.

The analyses of non-rice grains, including amaranth, millet, and quinoa, showed that these grains contained significantly lower levels of inorganic arsenic than rice. 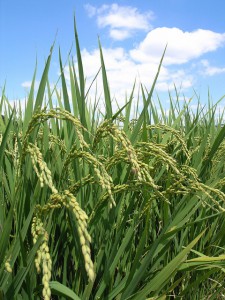 Rice: Healthy or not?

While the Consumer Reports publication highlights some interesting results about spatial patterns of arsenic accumulation, it’s important to think about rice intake holistically. Several studies have shown that there are health benefits of consuming whole grains such as brown rice, and organizations like the American Heart Association and the National Institutes of Health and the U.S. Dietary Guidelines recommend that consumers increase their consumption of these whole grains to improve their health. Additionally, while the benefits of whole grains have been scientifically proven, there is no evidence that people who eat large quantities of rice have higher rates of cancer than people who avoid rice. It’s of course a good idea to decrease your exposure to arsenic, but keep in mind that science supports the healthfulness of rice!

The Codex Alimentarius, a commission established by the United Nations Food and Agriculture Organization (FAO) and World Health Organization (WHO), recently adopted a standard for arsenic limits in white rice. Codex develops harmonized international food standards, guidelines and codes of practice to protect the health of consumers and ensure fair practices in the food trade. The Commission also promotes coordination of all food standards work undertaken by international governmental and non-governmental organizations. The research the Organic Center is working on is using these safety regulations to guide its research on decreasing arsenic accumulation in rice and improving production methods. 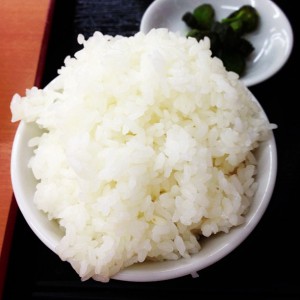 Why organic is important

Although there is no difference in the amount of arsenic taken up by organic versus conventional rice, organic production systems have a lot of advantages over conventional. For example, conventional rice production uses over 40 different pesticides to control weeds and insects—pesticides that contain such toxic chemicals as piperonyl butoxide, malathion, and carbaryl. Organic rice paddies also use environmentally friendly soil amendments such as compost, which helps increase soil health and decrease nutrient run-off.

Additionally, the organic industry has taken a proactive stance on ensuring the healthfulness of organic rice by supporting research on methods for decreasing levels of arsenic in organic rice. For example, our research at The Organic Center collaborates with USDA on external factors affecting arsenic levels in rice. The goal of these projects is to develop improved rice varieties and rice-growing protocols to ensure that organic rice production maintains consistently low levels of arsenic.

Organic growers also support reducing the number of pathways arsenic can enter the food supply and environment. For example, one of the conclusions of the Consumer Reports document is that there is a need for government action to remove approval for arsenic-based drugs (such as nitarsone), and banning the use of arsenic-based pesticides, which are still allowed for use on golf courses, highway medians, and sod farms. Banning the use of arsenic-containing compounds is absolutely critical for the future health of the public, because arsenic accumulates in the environment.