Know the facts about organic agriculture before forming your perceptions

Know the facts about organic agriculture before forming your perceptions 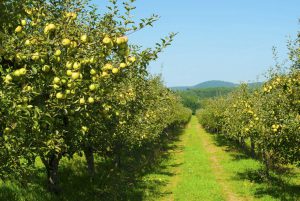 The opinion piece, “Eliminate the double standard in conventional and organic pesticide perceptions” published by Ryan Tipps on the Ag Daily website misses the mark when looking at pesticide use on organic and conventional crops.  Research consistently shows that organic food has fewer pesticide residues on it, which make sense, because organic farmers can’t use synthetic, toxic chemicals, and can only use non-toxic materials as a last resort.  This results in healthier consumers, farmers, and sustainable practices to support our environment.

Tipps notes that even organic foods can have pesticide residues on them, but ignores the massive amount of data showing that organic foods have fewer instances of residues, and, in the rare cases where residues are found, those residues show up at much lower levels on organic than conventional crops.  This study, for example, used USDA data to look at what residues are actually being found on conventional versus organic crops and found that residue concentrations on organic crops were consistently lower than their conventional counterparts.

These findings are mirrored in studies that look at what consumers are actually exposed to in their diet.  There is an amount of evidence showing that choosing organic products can significantly decrease your exposure to pesticides. This is true even if you can’t eat organic 100% of the time; one recent study showed that even eating organic occasionally can have a beneficial impact on pesticide avoidance.

The fact that organic food has fewer pesticides means that the organic standards are working.  These standards require organic farmers to implement rigorous preventive systems to avoid pesticide drift and even the need for using organic-approved materials to combat pests.  Organic farmers are required to use non-toxic, integrated pest, weed, and disease prevention plans prior to considering organically approved material application.  Organic producers must also mitigate risks of inadvertent pesticide drift from neighboring land through buffers or timing of plantings. While organic producers are allowed to use a limited amount of naturally occurring pesticides when preventive practices fail, the limited pesticide products available to organic producers are benign and have such low toxicity levels that they are considered "exempt from tolerance" by the EPA.  Additionally, these substances are reviewed every five years by the National Organic Standards Board for new information concerning their safety.

Tipps also notes the importance of supporting famer health, stating that: “This is about the farmers. Better yet, American farmers.” This statement coming from an article defending the use of conventional pesticides is surprising, given the numerous studies showing negative health impacts of pesticides on farm workers and people living in rural communities.  In the last two years alone, research has come out showing that working in conventional agriculture fields, or even just living in areas near conventional farms can harm reproductive health, is linked with respiratory illness in children, rheumatoid arthritis, coronary heart disease, renal disease, and Parkinson’s disease, and can contribute to cancers such as thyroid cancer, prostate cancer, colorectal cancer, lung cancer, and breast cancer.  When it comes to supporting farmers and farm workers, the number one thing consumers can do is chose organic.

Speaking of food safety, Tipps’ op ed suggests that because farmers use recycled food and animal waste it could be, in his words, “laden with pathogens.” Food safety is a priority and concern for all of agriculture, and when it comes to organic there are no exceptions to food safety requirements.  In fact, there are a multitude of safety regulations imposed on organic growers that they must comply with in addition to federal standards.  For example, the National Organic Program requires organic farmers to demonstrate a plan that describes all aspects of the farm, including measures taken to prevent pathogenic contamination of crops and water.  Certified organic producers and processors must also keep extensive records so they can trace their products from the field to point of sale.

When it comes to soil amendments, organic is even more strictly regulated than conventional. the Food and Drug Administration currently has no guidelines for how long conventional farmers should wait following use of raw manure before they harvest their crops, which means that raw manure could be applied the day before crops are harvested; FDA deferred this regulation in the Food Safety Modernization Act for 5 years to conduct scientific research.  In contrast, no raw manure is used in organic systems without an extended waiting period between application and harvest (i.e. 90 and 120 days), and the use of sewage sludge is prohibited in organic farming.  Organic regulations are especially stringent when it comes to livestock and other animals, because organic regulations do not allow confined cattle feeding operations, considered to be one of the primary sources of E. coli 0157. Organic standards also do not allow routine use of antibiotics, which can lead to antibiotic-resistant strains of E. coli and other foodborne pathogens.

Finally, Tipps propagates numerous myths about the environmental impact of organic farming, without doing any research into what science actually says about the issues.  He notes that organic “means more habitat destruction and diminished biodiversity in the nation,” but research actually shows that, compared to conventional farms, organic farms support a greater diversity of life, including carabid beetles, spiders, earthworms, beneficial parasitoids, vascular plants, birds, bees and other native pollinators, soil microbes and fungi, and small rodents. One study even found that organic not only supports biodiversity within the confines of organic farms, but can also help increase biodiversity on nearby conventional farms!

Tipps’ statement about the carbon footprint is also unequivocally false.  He notes that “tillage is a much more widely used tool in organic production,” ignoring the fact that the proportion of farmers using reduced tillage systems is organic is the same as for conventional farms in the United States.  Additionally, organic has been widely shown to be more energy efficient than conventional production, even when yields are lower.

Simply put, the scientific research just doesn’t support the claims Tipps makes in his op ed.  When you look into what the facts actually show, organic is an easy choice for the health of consumers, farmers, and the environment.

Editor's Update: The Organic Center response to Tipps' article was published in the AgDaily as an OpEd.  You can view our article here.