Two new studies out of Newcastle University have confirmed several benefits of consuming organic dairy and meat. The papers, published in the British Journal of Nutrition, show that organic milk and meat contain about 50% higher levels of beneficial omega-3 fatty acids than conventionally produced products. They also show that organic meat had lower concentrations of two saturated fats, and that organic milk and dairy products contain 40% more of the heart-healthy conjugated linoleic acid (CLA) than their conventional counterparts. Despite marginally lower iodine levels, organic milk had several beneficial increases in nutritional minerals and antioxidants, such as higher concentrations of iron, vitamin E, selenium, and carotenoids.

While several other studies have supported the benefits of consuming organic milk and meat, these publications are ground-breaking. They are the first to utilize state-of-the-art meta-analysis techniques. Plus, these are the most comprehensive reviews ever conducted on these topics, and drew upon findings from 196 papers on milk and 67 papers on meat from around the world. 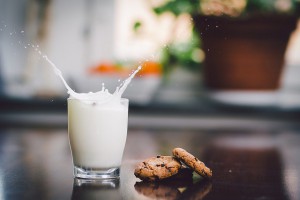 One of the main findings in both the meat and milk papers was that both organic meat and dairy products had markedly higher levels of omega-3 fatty acids. This is important because diets low in omega-3s, especially in combination with high omega-6 diets, are risk factors for cardiovascular disease, cancer, and inflammatory and autoimmune diseases. Diets with high omega-3 intakes, on the other hand, suppress these conditions. For example, one study found that low ratios of omega-6 to omega-3 fatty acids suppressed inflammation in patients with rheumatoid arthritis, reduced asthma severity, and decreased CVD mortality. Other studies have showed how low omega-6:omega-3 ratios result in a decreased risk of breast cancer and dementia, and improved eye health.

The recent Newcastle papers show that choosing organic meat and dairy could help consumers overcome the lack of omega-3 fatty acids in a typical Western diet without increasing calorie or saturated fat intake. “Omega-3s are linked to reductions in cardiovascular disease, improved neurological development and function, and better immune function,” said Chris Seal, Professor of Food and Human Nutrition at Newcastle University. “But getting enough in our diet is difficult. Our study suggests that switching to organic would go some way towards improving intakes of these important nutrients.”

This research follows up on several publications confirming the nutritional benefits of organic dairy. Research out of Washington State University in 2013, for instance, showed that organic dairy has 25 percent less omega-6 fatty acids and 62 percent more omega-3 fatty acids than conventional milk, resulting in a 2.5-fold higher omega-6: omega-3 ratio in conventional milk compared to organic milk. In addition, the approximate 2:1 ratio of omega-6 to omega-3 fatty acids in organic milk is close to the levels scientists regard as optimal in terms of prevention of CVD.

Other Benefits of Organic Dairy and Meat 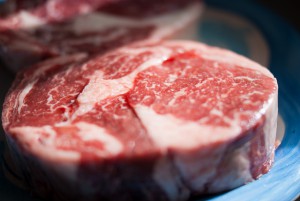 Other studies have explored a multitude of benefits that organic dairy and meat can provide consumers. One study tackled antibiotic-resistant bacteria, finding that bacteria collected from dairy herds on conventional farms were more resistant to antibiotics than those on organic farms. Other studies looked at antibiotic resistance levels in meat such as chicken and pork, and found that conventional meat had bacteria that were more resistant to antimicrobials than organic meat.

Additionally, the use of pesticides and growth hormones are banned from use on organic operations, so you can be sure that when you choose organic, you are avoiding potentially harmful synthetic chemicals.

Iodine in our Diet

The researchers also found lower levels of iodine in organic milk. While iodine is an important component of our diets, milk is not the only source of iodine in people’s diets. Iodine is added to most table salt in the United States, and can also be found in seaweed, seafood, and enriched wheat products. Additionally, when iodine deficiency has been found in individuals, it is linked to reduced intake of iodine-rich foods. Iodine deficiency has never been linked to drinking organic milk. When compared with the multitude of benefits that comes from choosing organic, the marginally lower levels of iodine pale in comparison.

This study shows a clear health advantage to choosing organic milk and meat. Organic allows people to benefit from the improved nutritional profiles of dairy and meat, while avoiding potential hazardous compounds – details that are important for the health of both adults and children alike. Choosing organic milk will ensure that you avoid exposure to dangerous pesticides, growth hormones, and antibiotic-resistant bacteria, while maintaining a superior nutritional profile.

As stated by the study’s lead author, and Organic Center’s Science Advisory Board member Carlo Leifert, “People choose organic milk and meat for three main reasons: improved animal welfare, the positive impacts of organic farming on the environment, and the perceived health benefits.”  He also mentioned that this work build on the team’s previous studies finding that organic crops have up to 60% higher antioxidant levels than conventionally-grown crops. “We have shown without doubt there are composition differences between organic and conventional food. Taken together, the three studies on crops, meat and milk suggest that a switch to organic fruit, vegetables, meat and dairy products would provide significantly higher amounts of dietary antioxidants and omega-3 fatty acids,” he wrote.