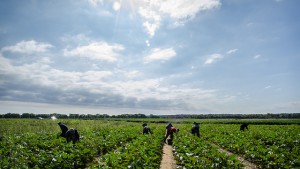 One of the most important ways that we can protect our farmworkers is by supporting organic agriculture. Because organic certified farming operations are prohibited from using most synthetic pesticides, organic farms ensure that farm workers, their families, and their communities are safe from the negative effects of toxic pesticide exposure.

The U.S. Environmental Protection Agency has announced updates to the Worker Protection Standard (WPS) designed to minimize farmworker exposure to harmful pesticides nationwide. These include prohibiting children from handling or applying pesticides, establishing no-entry and exclusion zones to protect farm workers and others from pesticide drift, and improving requirements on personal protective equipment.

While the EPA’s updates to the WPS make significant strides in protecting our farmworkers from pesticide exposure, organic agriculture, is absolutely the best way to safeguard from the very real dangers that exposure to pesticides pose to human health. USDA certified organic agriculture is the only system that uses certification and inspection to verify that toxic and persistent pesticides are not used. 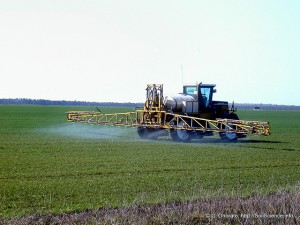 Over 1 billion pounds of pesticides are applied to crops in the United States annually, putting thousands of farmworkers and surrounding communities at risk.

Acute exposures make up the majority of reported illnesses caused by pesticide poisoning. Acute poisoning most commonly occurs when farm workers come into direct contact with pesticides leading through ingestion, inhalation, or absorption through the skin. This can occur if proper protective gear such as gloves or respirators are not being utilized but also by accident due to sudden shifts in winds resulting in pesticide drift being blown into an adjacent field or community. Symptoms associated with acute poisoning varying widely from skin and eye irritation to vomiting or respiratory distress. However, acute poisoning reports do not take into account negative health effects that may not appear until years down the line or the effects of chronic or low-level exposure to pesticides over time. 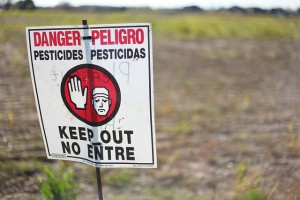 The National Institute of Health (NIH) initiated the Agricultural Health Study 1993 in order to advance our understanding of the long-term effects of pesticide exposure in farmworkers and their families. The study included over 89,000 pesticide applicators and their spouses from Iowa and North Carolina and has resulted in over 100 scientific publications linking chronic and low-level pesticide exposure to negative health outcomes. These studies have provided strong evidence that, over time, exposure to certain pesticides is associated with serious illness including cancer of the prostate, colon, lung, and pancreas, as well as non-Hodgkin lymphoma. 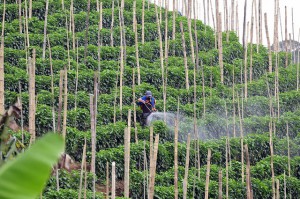 Furthermore, exposures are not confined strictly to those working near fields or handling pesticides. Farm worker families are likely to be exposed when pesticides are carried home via clothing or shoes and surrounding communities are subject to exposure through low-level drift. For instance, researchers from the University of Washington found that children of farm workers were typically exposed to higher levels pesticides than other children in the same community whose parents were not farm workers and another study found that the closer a home was to pesticide treated farmland the more likely it was to have higher concentrations of pesticides in the dust. Researchers from the University of California, Berkeley’s Center for Environmental Research and Children’s Health (CERCH) recently showed that eating an organic diet reduces the exposure to some pesticides in young children.  The study specifically looked at Mexican–American children living in urban and agricultural communities in California.  When the children’s diets were switched to an organic diet for a week the researchers found that concentrations organophosphate insecticide metabolites and 2,4-D herbicides in their urine were significantly lower during the organic diet phase compared to the conventional diet phase.  Not surprisingly, they also found that children living in agricultural communities generally had higher concentrations of pesticide metabolites than children living in urban communities because they were more likely to be inadvertently exposed to pesticides on a regular basis. 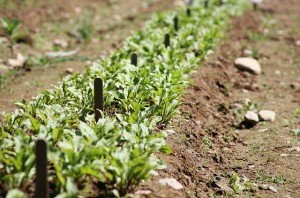 Taken together these studies demonstrate that the strengthening of regulations will only go so far to protect the health of farmworkers and farm communities. While EPA’s action is laudable, it was long in the making and demonstrates the benefit of organic agricultural practices, which have a large role to play in improving the health and safety of our farmworkers.