Organic agriculture as a solution to climate change

Organic agriculture as a solution to climate change 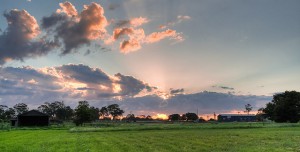 We’ve all heard about the effects that climate change is having on our Earth: hotter temperatures, sea level rises that threaten to gobble up our coast lines, and more severe weather events including droughts and flooding. The consequences are dire, but what can we as individuals do to remedy the situation? Should we give up our cars or vow to never set foot on a plane again? Luckily, combating climate change can be as simple as supporting organic agriculture. Numerous studies have demonstrated how switching from conventional to organic farming methods can decrease the amount of carbon in the atmosphere, and reduce greenhouse gas emissions and energy usage all while increasing our food security. 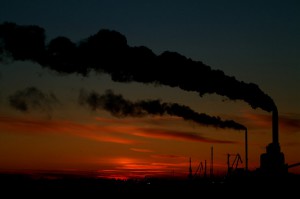 One of the primary ways in which humans contribute to global warming is by releasing the greenhouse gas carbon dioxide (CO2) into the atmosphere by burning fossil fuels such as gas or oil. For example, every time we drive our cars, we release CO2 into the atmosphere. As the amount of CO2 in the atmosphere increases, so will the severity of climate change. One way to reduce atmospheric CO2 and combat global warming is by transferring the carbon from the atmosphere onto the Earth’s surface. Soil contains more carbon than all of the air and forests in the world, and it also happens to be one of the easiest places to deposit carbon from greenhouse gasses.

According to a study published in the journal Science, we could remove up to 78 Gt (78,000,000,000 tons) of carbon from the atmosphere simply by rejuvenating soils that have been depleted of carbon by conventional farming methods. That’s enough to offset up to 15% of the entire world’s fossil fuel emissions. A study published in the Proceedings of the National Academy of the Sciences, determined that organic farming is an effective way to simultaneously restore carbon to our soils and reduce carbon in the atmosphere. Furthermore, a 30-year study comparing organic and conventional farming methods conducted by the Rodale Institute found that soils farmed using organic methods were healthier and continued to experience an increase in carbon-based organic matter over time. On the other hand, soils farmed using conventional methods saw reductions in soil carbon and nutrients. 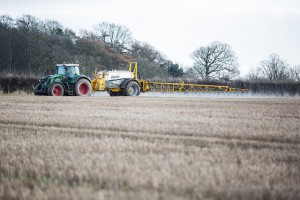 Have you ever noticed that during some years, produce is more expensive than it is in other years? Oftentimes this is because bad weather has destroyed crops, leading to a lower yield and forcing farmers to charge you more to make up for their losses. Climate change is ushering in a new era of climate extremes including severe droughts and heavy rains. According to the United States Global Change Research Project, farmers are already experiencing a decline in agricultural yields due to extreme weather events. 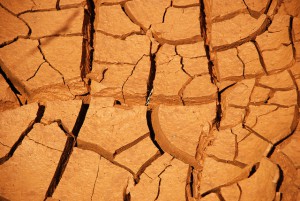 In a study comparing organic and conventional systems researchers found that organic farmlands performed better during droughts by capturing and storing water more efficiently than conventional farms. These same fields also outperformed the conventionally farmed fields during heavy rainstorms because they experienced less runoff and erosion. In a world where a more volatile climate is becoming the norm, organic agriculture is more resilient, ensuring greater food security than conventional agriculture. As Steve Hoffman from Compass Natural and Regeneration International says in his blog Organic, Regenerative Agriculture a Low-Cost Solution to Climate Change,“It seems like a powerful solution to climate change lies literally right under our feet.”

To find out more about how organic agriculture can provide a solution to climate change, check out the panel discussion “Organic & Carbon: The Climate Change Connection”—which includes The Organic Center’s Science Advisory Board Member Dr. Kathleen Delate—at Natural Products Expo West this March.