The Organic Center Presents: Impacts of Pesticides on Communities of Color

The Organic Center Presents: Impacts of Pesticides on Communities of Color

The Organic Center hosted a virtual panel as part of the Natural Products Expo West, focusing on the disproportionate impact of pesticides on communities of color and how racism has historically and continues to shape our food system, and included a diversity of perspectives from those working directly in agriculture, and scientists examining the human and environmental effects of its practices. 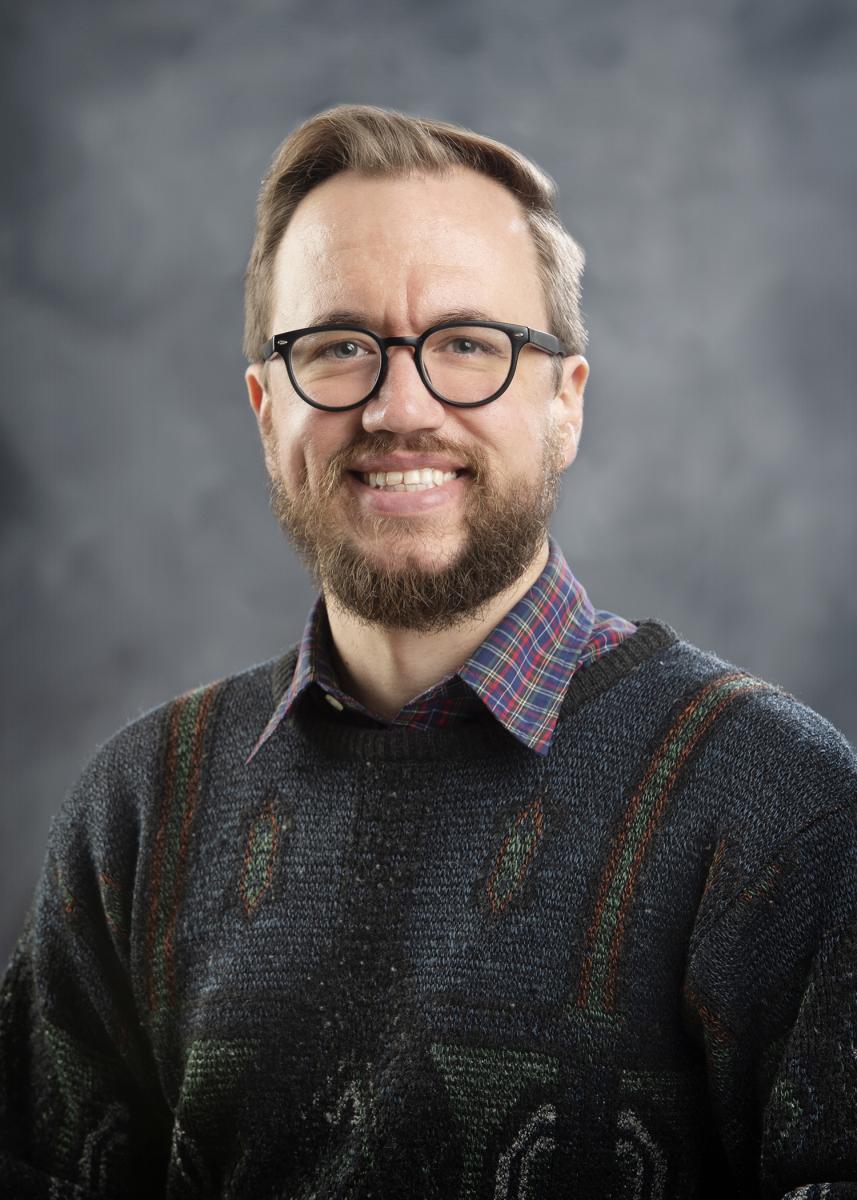 Professor Brian Williams spoke about how contemporary chemical intensive industrial agriculture in the Delta is a central legacy of plantations, tracing the history from when plantation land was first acquired through colonial theft and genocide of native tribes, through the dominance of slavery in the US South and into the current era.

“From the very outset of chemical usage in the plantation south, racism provided a key means by which the lives and health of agricultural workers were devalued. That is to say, racism provided, and continues to provide, the conditions in which the toxic effects of chemicals are ignored or dismissed,” said Professor Williams.

Despite threatening both the residents of agricultural communities and the local food systems of residents, these chemicals are pushed as the height of agricultural innovation, and these impacts primarily fall on the shoulders of communities of color.  “As a consequence of white monopolization of land and political power, black workers are far, far more likely to come into contact with chemicals,” noted Williams.

He ended by highlighting the current trend in prioritizing consumers and the environment over the wellbeing of farmers and communities of color, noting that it has been an “ongoing theme in pesticide politics, pesticide regulation, and aspects of the mainstream organic movement.” Even the banning of DDT, which is hailed as an environmental triumph, was followed by the increased use of organophosphates as a substituted – a chemical class that is less persistent, but acutely toxic to farmworkers.

“Agricultural racism is toxic to all life,” stated Professor Williams. “I suggest that true and expansive sustainability will always be undermined if we fail to directly confront racial capitalism and colonialism in agriculture.” 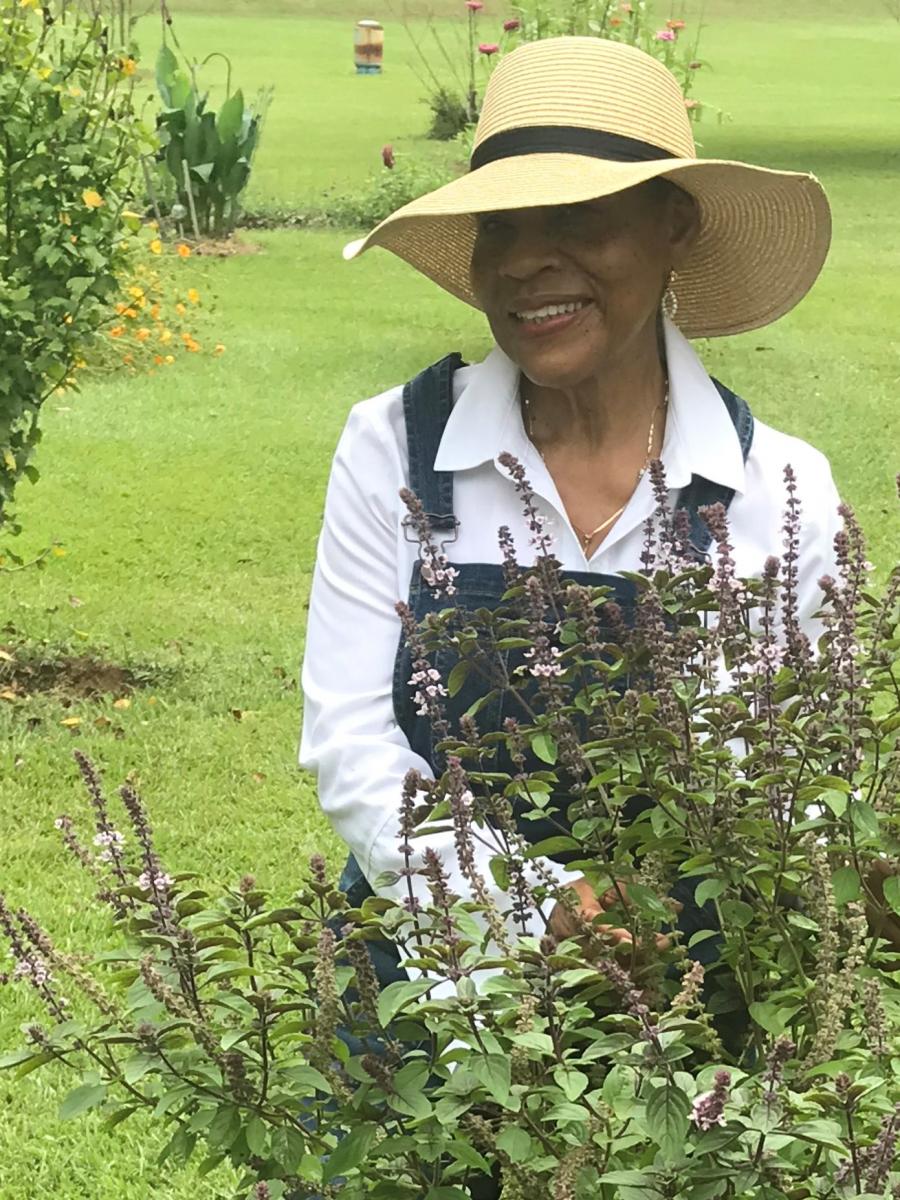 Ms. Earcine Evans followed Professor Williams with her life experience with agricultural chemicals, and training as an herbalist. Growing up in Mississippi, Ms. Evans said, “I was heavily exposed to DDT. I remember being a child, and when we would go out into the fields we would get sores on our legs, and we (as kids) had no idea it was coming from the cotton poison, but my grandmother knew.” She also highlighted the herbal knowledge of her grandmother to detox the body from what they had been exposed to.

After moving to California, Ms. Evans again experienced heavy agricultural chemical use during the Mediterranean fruit fly (​medfly) infestation. This pest devastated agricultural crops in the region, and led to a statewide malathion pesticide spray program.

At the time, Ms. Evans was pregnant with her last child, and regulators had told expecting mothers to leave the area during sprays, but Ms. Evans echoed the experience of many Californians, saying “I stayed because I had to provide for my family and I couldn’t afford to go somewhere else while they sprayed the area.”

She became a cosmetologist to provide for her family, but, in a parallel to her experience with agricultural chemicals, was not told of the toxicity of products used in the cosmetology field. “I didn’t even realize,” said Ms. Evans. “I thought that the chemicals I was using in the beauty salon were tested, and I thought they were ok… until I almost lost my life to chemical poison”

At that point, she decided to take knowledge into her own hands, doing research and studying herbal medicine. She found out that the impacts of exposure to toxins might not show up for decades, so when she moved to Georgia she began to work with organic, biodynamic farmers.

This led her to develop her own line of hair and skincare products, which continued after moving back to Mississippi 16 years ago.  Now, in addition to her skin and haircare business and farm, she spends time educating her community on toxins and pesticides. In addition to education, her activism has led to multiple community successes, including stopping pesticide sprays on the roads in her town. 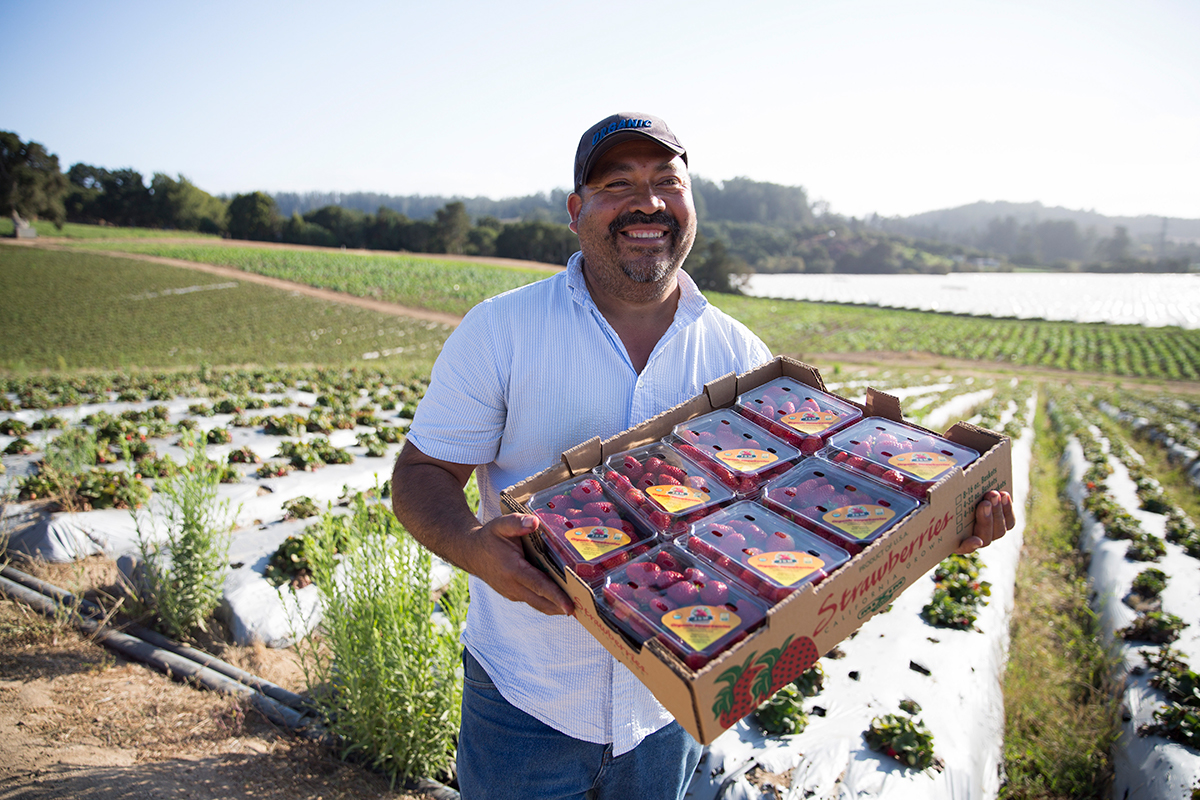 “My community, especially the Latino community, in this area has, for a long time, been exposed to chemicals that have had very damaging impacts in our community’s personal lives,” said Zamora.

Mr. Zamora spoke about his own personal experiences with pesticides: “When I was a farmworker, before I had my own farm, it was really difficult coming back home, because I couldn’t go inside the house without changing (my clothes). I couldn’t hug my kids or pet my dog, Louis, or say hello to my wife without having to change my clothing and shower. That is just sickening.”

When Zamora had the opportunity to start his own farm he wanted to make sure that his workers did not experience those same dangers, so he decide to grow organically, “going back to my roots from the beautiful Michoacán, Mexxico, where my parents grew in a way that was aligned with organic production.”

With his company, he focuses on making sure that his workers and the people who eat his produce can do so without having to worry about the harmful impacts of pesticides. 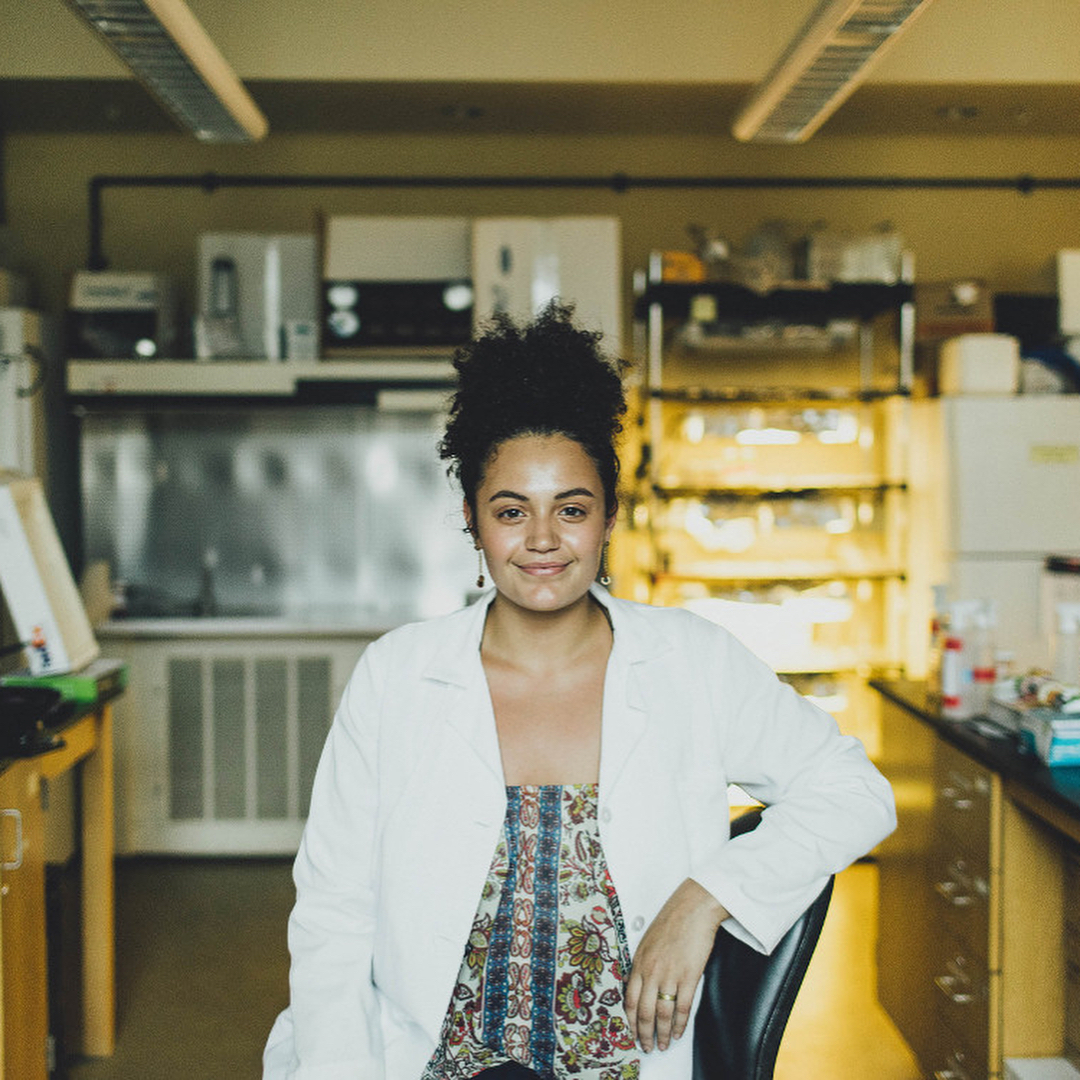 Jade Algarin followed Zamora as the final speaker in the panel. Algarin is an Afro-indigenous Viequense soil conservationist who identifies as a colonial subject, and is also a climate organizer and activist with Sunrise Movement.

She talked about the agricultural landscape in Puerto Rico, noting that despite being food-import dominate, it is a haven for agrichemical and transgenic companies. “Puerto Rico is not big: 30 miles by 100 miles,” noted Algarin. “And yet, we are number one in permits for transgenic experiments – next is Hawaii, also a community dominated by folks of color. That is not an accident.”

The reason for the boom of agribusinesses in Puerto Rico is the incentives that are available for corporations. For example, corporations that operate in Puerto Rico are 90% tax exempt, wages for companies are subsidized by PR taxpayer money, they get free water despite being at risk for desertification, and laws are structured to exempt them from land holding limitations. Algarin noted that “the impacts of pesticides for communities of color are often codified in how governments legislate and extract benefits while impacting people negatively.

She also highlighted a pattern that ran throughout the panel: not only are communities of color exposed to pesticides at a higher rate, they also aren’t educated (and are sometimes directly lied to) about the potential risks of using pesticides in the field.  Algarin included a quote from a Juana Diaz resident: “They told us that the chemicals they are using are to kill a worm; they told us that the chemicals don’t affect us, although those who throw them wear white protective gear.”

She also noted that there has been a resurgence of agroecological production in Puerto Rico, as a consequence of Hurricane Maria. “After Maria, when we couldn’t get food imports for months at a time there was extreme food scarcity, and it became apparent that lacking a local agricultural industry (could be the difference between) life and death. This concept of food security came into public awareness and so now we’re seeing more agroecological farms popping up around the island to fill that gap.”

Earcine Evans is a lifelong practitioner of agricultural growing of herbs, vegetables and flowers. As an astute business woman she owned and operated two Hair salons for more than ten years. Her wisdom and expertise were brought together as she spent years researching ingredients used in cosmetology for hair products and the contents of lotions and soaps used on the body. More specifically, Mrs. Evans has and continues to do focused research with herbs and other natural ingredients that can promote health without the use of toxic chemicals and has worked with noted scientists in this field. She has created a one-of-a-kind, hand-made, scientifically validated, line of health giving products for the hair and body of creams, soaps and oils. The unique gardening and farming techniques used to grow the picture perfect herbs and flowers used in her products display the gifted healing work of her hands upon the land and in the products she creates. There are many other value-added products she devises such as immune boosting tea mixtures. Articles she has written about her work and studies have been featured in both Cosmetology and Agricultural/Farm publications.

Born and raised in Mexico from a farming family, Javier Zamora came to California at 20 years old. His journey back into farming wasn’t deliberate, though. While working in the service industry in Los Angeles, Zamora lost his home during the housing crisis and faced financial hardship that made paying rent and purchasing groceries difficult. Zamora and his family moved to northern California, where he earned his GED and continued to study organic horticulture at Cabrillo College in Santa Cruz County. He the connected with the Agriculture & Land-Based Training Association (ALBA), an organization that teaches aspiring farmers with limited resources how to grow and sell organic food to create greater economic opportunities while enhancing biological diversity trough sustainable growing practices. At JSM Organics, Zamora believes in paying farmworker a living wage and transparency with his customers.  In addition to recently purchasing his own ranch, managing 27 employees, and running his farm, Zamora finds time to participate on the boards of ALBA, the Ecological Farming Association, and the USDA Farmer and Rancher Committee. Zamora also is a strong advocate for Latino rights specifically for migrant farmworkers that come from Mexico.

Jade M. Algarin (she/they) is a Soil Conservationist with the USDA- Natural Resource Conservation Service (NRCS), Training Lead for Somos Sunrise, the Latine-wing of the Sunrise Movement, and a board member of the Common Group Food Cooperative. Their work aims to uplift and center the experiences of frontline, marginalized, and agricultural communities in our collective understanding of the climate crisis and the fight for a Green New Deal.

Brian Williams (he/him) is an Assistant Professor of Geography in the Department of Geosciences at Mississippi State University.  His research traces the political, cultural, and ecological dimensions of agricultural and environmental change in the United States South, and in particular the relationship between plantations, pesticides and contemporary industrial agriculture.