Organic cotton: It’s better for the environment, and here’s why

Organic cotton: It’s better for the environment, and here’s why

In response to the May 28 article “Your organic cotton t-shirt might be worse for the environment than regular cotton”:

Quartz’s article fails to consider the big picture when comparing the environmental footprint of organically and conventionally grown cotton. 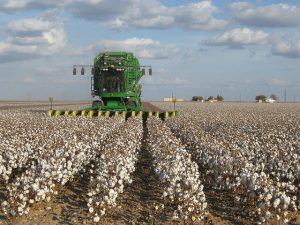 Conventional cotton yield has increased over the past three decades, but these yield gains have come at a high cost. For instance, cotton is notorious for being one of the world’s most chemically intensive crops. The article briefly notes that conventional cotton production utilizes the herbicide, glyphosate, which has been categorized as a “probable carcinogen” by the World Health Organization. But it fails to recognize the growing use of chemicals in conventional cotton production that are demonstrably more hazardous than glyphosate in response to the emergence of glyphosate resistant “super weeds”. For example, the EPA recently approved new cotton varieties, Xtend and Enlist, which are each resistant to three herbicides: glyphosate, glufosinate and dicamba, and glyphosate, glufosinate and 2,4-D respectively.  These new GMO varieties are expected to replace the traditional Round-Up ready cotton and are anticipated to increase the amounts of these chemicals used in conventional cotton production. Increased use of dicamba and 2,4-D are of particular concern since they are potentially more toxic than glyphosate and significantly more susceptible to drift, increasing the risk of contamination to nearby crops as well as human exposure. In addition to water contamination and negative impacts on wildlife, studies have linked exposure to 2,4-D with neurological disorders, and immune system suppression in humans. 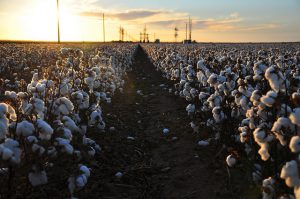 The article also does not adequately take into account differences in energy consumption between organically and conventionally managed cotton systems. It claims that reduced organic yields are linked to higher greenhouse gas emissions, but it needs to be pointed out to readers that this conclusion is drawn from statements by a sociology researcher whose study has been criticized by the scientific community for drawing far reaching conclusions based on inadequate data. A closer look at the existing science reveals that organic cotton outperforms conventional cotton when it comes to climate change mitigation. A life cycle analysis for organic cotton found that energy demand, calculated on a per yield basis, was 62% lower than that of conventional cotton and that the total global warming potential of organic cotton was 46% lower than that of conventional cotton.  These results are consistent with other studies that have found that organic production methods significantly reduce GHG emissions and use less energy. 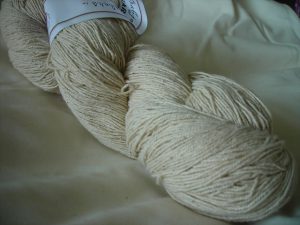 Moreover, the article fails to consider additional key aspects typically assessed when considering the overall environmental impacts of farm management, such as effects on water quality or impact to biodiversity. Organic cotton production has been shown to significantly reduce the amount of water pollution via soil erosion and nutrient leaching compared to conventional cotton production. These benefits have also been documented in other cropping systems where organically managed soils retain water and nutrients more effectively than conventionally managed soils. 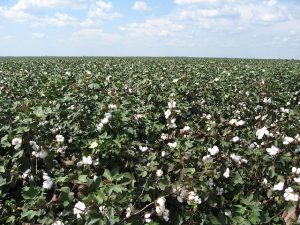 The article inadequately considers the breadth of research comparing the environmental impacts of organic and conventional cotton production. Despite that critical shortcoming, the article contends that because organic cotton has lower yields compared to conventional cotton, it requires more land to produce the same amount of product and therefore requires more water for irrigation. While this may be true in some years and for some locations, it does not hold up as an argument against supporting organic cotton. It instead should be taken as a call for greater support and investment in organic agriculture research.

Historically, applied organic agriculture research has been drastically underfunded, while decades of research and billions of dollars have been invested towards increasing yields in conventional farming systems. Organic growers are faced with many of the same large-scale challenges as conventional growers, but the lack of investment in research has left them with a limited number of agronomic tools, resulting in the yield gap highlighted in the article.

When considering the health of the environment, land-use efficiency is just one piece in a complex system. Environmental sustainability is a critical component in the development of organic practices, and numerous studies that directly compare conventional and organic agriculture support the environmental benefits of organic farming. By shifting a portion of research funding from chemically intensive conventional cropping and investing in increasing organic yields, we have the potential to unquestionably improve the health of our planet.

One place where the article does get it right is the recommendation to seek out organic cotton garments certified by the Global Organic Textile Standard (GOTS). Purchasing apparel and other home textiles (mattresses, towels, sheets) that contain organic cotton is a critical first step to supporting organic farming practices. However, if you want to support environmentally and socially responsible practices that are third-party verified along the entire textile supply chain from harvesting raw materials all the way to the store shelf, purchasing GOTS certified products is the way to go.