The June 27, 2012 issue of Nature, the world's leading science magazine, has a remarkable editorial and commentary regarding the importance of restricting antibiotic use in livestock production. 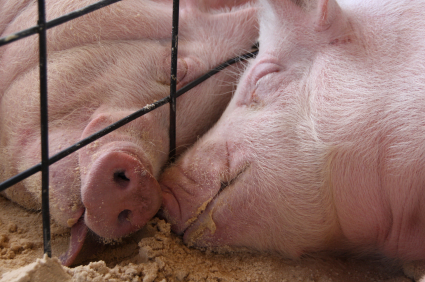 The editorial covers the debate in Denmark and the EU over whether sub-therapeutic antibiotic use triggers resistant bacteria and addresses head-on the political clout of the EU drug industry and veterinarians who profit from the sale of these drugs to Dutch farmers.

Both the editorial and commentary highlight the important role of public awareness in creating the political support in Denmark needed to make meaningful changes in drug use on the farm. Back in the 1990s when the big changes were made, the Dutch public health and scientific communities exercised sufficient control over the messaging to consumers to avoid a muddling of the message and general attitudes.

With the FDA playing a passive role in the debate, and most academic experts at land grant universities either actively working for drug companies or unwilling to take them on, it is no wonder that the average American still feels that scientists have not settled whether low-level antibiotic feeding on pig and chicken farms is a major source of newly resistant bacteria.

Now, Nature has declared the campaign to reduce antibiotic use in Denmark a success, both for public health as the frequency of resistant bacteria continues to decline, and for farmers, who have increased pork production by 50% and sustained both pig health and farm profits.  Of course, this is all news to the average American, and the drug and pork industries in the U.S. will continue to challenge or discount the success of the Danish campaign, while also explaining why such a campaign is not needed here and if tried, would lead to a collapse in the industry.

Read the commentary, Get Pigs off Antibiotics.