Response to “Is organic better for your health?”

Response to “Is organic better for your health?”

While the Washington Post article “Is organic better for your health?” touches on some interesting topics, the conclusions about the lack of differences in health benefits between organic and conventional are misguided. The nutritional advantages of organic versus conventional dairy and produce based on large-scale literature reviews and meta-analyses are dismissed without looking at well-constructed research targeting specific crops and benefits.  Also, the multitude of studies showing the health problems associated with pesticide exposure, especially when it comes to children and pregnant women, are glossed over.  Additionally, overlooked are the dangers of antibiotic-resistant bacteria and how organic animal products can help prevent such exposure. Here is a closer look at a rundown of each category – and the areas not included in the analysis. 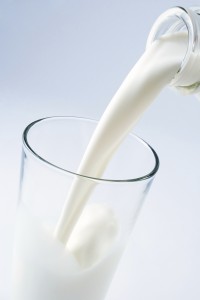 When it comes to the benefits of organic dairy products, omega fatty acids play more of a role than this article suggests. The article states that eating salmon will provide more omega-3s than drinking either organic or conventional milk.  While this is true, milk is a large part of many people’s daily diet, and is consumed more often than salmon or other high-content omega-3 products.  Switching to organic milk can increase your omega-3 intake on a daily basis without taking outside omega-3 supplements.  Additionally, another benefit of drinking organic milk is that while increasing omega-3 fatty acids in your diet, it simultaneously decreases omega-6 fatty acid intake.

Unfortunately, the produce section of this article lumps too many fruit and vegetable categories together to give a true overview of the nutritional differences between organic and conventional.  To truly examine nutritional quality variations between farming systems, specific products need to be compared. Broad generalizations like those made by the Stanford study are impossible.  Recent studies that have made more specific comparisons among organic and conventional have found some pretty convincing evidence for nutritional superiority in some organic categories.  For example, a study published in 2013 found that organic tomatoes were 50 percent higher in vitamin C content than conventional tomatoes, and had 139 percent higher total phenolic content.

This article also strikes out on the importance of avoiding pesticides.  The article does cite research showing that eating organic will decrease exposure to pesticides, but does not give proper weight to the health benefits of reduced pesticide exposure.  While some reviews claim there is insufficient evidence to directly link pesticide exposure to environmental diseases, there are many epidemiological studies that contradict this conclusion.  In addition to the study showing increased possible neurological problems in children from exposure to organophosphates, several other pesticides have been linked to health problems. The pesticide 2,4-D, for example, has been linked with an increase in food allergies.  Organochlorine pesticides, many which are banned in the U.S. but still used in food production in some foreign countries, are also linked with health problems, such as reproductive health and fetal motor activity. 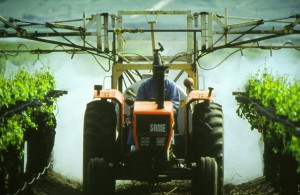 One area ignored by this article is the threat of pesticide cocktails.  Humans are rarely exposed to a single pesticide in isolation, and pesticide cocktails can have a multiplicative effect on health risks. For example, one recent study found that exposure to these fungicide, herbicide, and insecticide cocktails can lead to DNA damage and elevated cell death of blood cells. Pesticide exposure has also been associated with depression and the development of Parkinson’s disease.

Additionally, new research is continually being released showing previously undocumented dangers associated with pesticide exposure in humans.  One of the most recent studies in this area shows that the “inert” ingredients added to pesticides can magnify the overall toxicity of the pesticides by enhancing the ability of the active chemicals to penetrate cells.  Researchers found that eight out of nine pesticide formulations were up to 1,000 times more toxic than their active ingredients. Roundup is an example of a pesticide that shows high toxicity.

“Despite its relatively benign reputation, Roundup was among the most toxic herbicides and insecticides tested,” wrote the study authors.  Unfortunately, another recent study has shown that glyphosate exposure may be more prevalent within the U.S. than previously thought.  The study looked at levels of glyphosate in breast milk of mothers living in the U.S., and found that 30% of individuals sampled had high glyphosate levels.

It is especially important for pregnant women and children to avoid pesticides because these materials can have disproportionate adverse effects on developing immune systems. For example, a joint report by the American College of Obstetricians and Gynecologists and the American Society for Reproductive Medicine suggests that environmental chemicals such as pesticides are a risk in pregnancy. 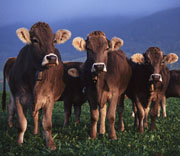 One area glossed over is the avoidance of antibiotic-resistant bacteria.  Organic production prohibits the use of antibiotics, thus decreasing the development of antibiotic resistance. This has been supported by several studies, all of which found lower rates of antibiotic-resistant bacteria on organic versus conventional animal products. One study found that bacteria on conventional poultry were more resistant to ampicillin, chloramphenicol, doxycycline, ciprofloxacin, gentamicin, and sulfisoxazole. Research has also shown that multi-drug resistance is lower in organic operations than conventional operations. Researchers conclude that “Organic farming practices contribute to decreased dissemination of antibiotic resistance,” and “Organic livestock farming with its restrictions and additional requirements contributes to further effectiveness of antibiotics.”

The Washington Post article looks at some important categories when it comes to making decisions about food choices, but they miss the simple answer to the question: “Is organic better for your health?”  The answer is YES!