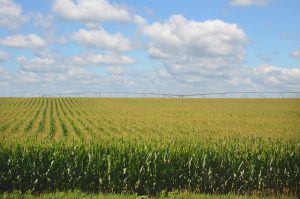 In “Avoiding GMOs isn’t just anti-science. It’s immoral”, an op-ed published in the Washington Post, Mitch Daniels would have you believe that scientific research finds only benefits and no downsides to genetically engineered (GE) crops. The reality is not so.

The review found adoption of GE crops initially reduced the use of herbicides. However, it also found that resistant weeds evolved, making the decline in herbicide usage unsustainable. In fact, resistance to the herbicide glyphosate has led to increased usage of the herbicides dicamba and 2,4-D. Dicamba is very susceptible to drift and has resulted in significant crop damage across the U.S. 2,4-D has been linked to neurological disorders and immune system suppression in humans and has been found to contaminate water and harm wildlife.

The report found adoption of GE crops often benefits farmers financially, but not always. Study results are variable, and economic benefits associated with GE crops often depend on other factors such as access to markets and credit, extension services, and affordable inputs such as pesticides and fertilizers. Findings also show that adoption of GE crops can be a costly risk to poor farmers where financial loss due to crop failure could limit their ability to purchase GE seed for the following season.

Significantly, the report finds that GE crops have no higher yield potential than varietals developed through traditional breeding.

GE crops are not a silver bullet solution to feed our growing population. To suggest so is naïve, inaccurate…and may be immoral.