Response to “Should Companies Be Required to Label Genetically Modified Foods?”

Response to “Should Companies Be Required to Label Genetically Modified Foods?” 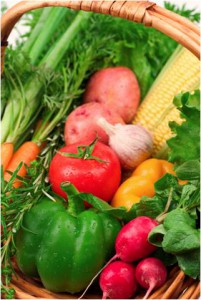 In the debate posted on the Wall Street Journal titled “Should Companies Be Required to Label Genetically Modified Foods?” it is surprising that Dr. Fedoroff would compare the GMO resistance with organic agriculture.  These are very different production categories: while organic does prohibit the use of GMO’s, it is also a much more complex system, including a USDA-certification to standards that support environmental and human health ideals.  The use of genetic engineering, on the other hand, does not dictate agricultural ideals, although it has been associated with environmental degradation through its association with increased herbicide use.  Additionally, it should be pointed out that the information included in Dr. Fedoroff’s argument is out of date or unsubstantiated, especially in regard to organic.

Dr. Fedoroff mentions a Stanford Study that was published in 2012 that failed to find a significant difference between nutrition levels in organic versus conventional food.  However, she fails to mention that the same study did find a significant difference between the two production systems in relation to pesticide residues, with organic showing a 30% risk reduction.  Also, this study is out of date, as a more recent study published in the British Journal of Nutrition (which includes a more in-depth meta-analysis and more recent data points than the Stanford Study) showed that organic produce has up to 69% higher antioxidant levels than their conventional counterparts.  The British Journal of Nutrition study did agree with the Stanford study in one regard:  organic products consistently have lower frequencies and levels of pesticide residues than conventional products. 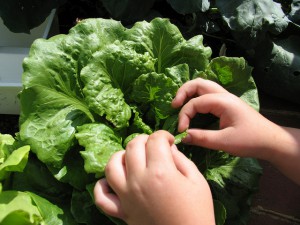 Another issue brought up by Dr. Fedoroff is the food safety of organic products, claiming that organic food is more likely to be recalled for bacterial contamination than conventional food.  She does not cite her source on this data, but it is likely she is referring to a highly suspect press release by The Center for Global Food Issues suggesting they released a report finding higher recalls in natural and organic products.  However, this report is not only un-published, it also provided no substantial evidence supporting its claims.  The FDA disputed the claim, stating:  “The FDA is not aware of the study the editorial author referenced, and it is certainly not based on any analysis that the FDA has done. The risks of foodborne pathogens apply to all growers, organic and non-organic alike.”  The FDA continued by say that they did not have any red flags on organic, nor did it see food grown organically as having any special risk factors regarding safety.  Studies conducted since then have supported the FDA’s claim, showing no difference in food safety between organic and conventional.  In fact, some recent studies that look into antibiotic-resistant bacteria even suggest that choosing organic may be a good way to decrease exposure risk to antibiotic-resistant bacteria, because antibiotics are not allowed for use in organic livestock.

It is also important to consider exposure to pesticides when considering food safety.  As previously mentioned, organic has lower levels of pesticide residues than conventional.  Dr. Fedoroff only touches on this by claiming that glyphosate has never been listed as toxic or carcinogenic by the U.S. or European agencies.  This is a confusing comment to make, especially given that just a few months ago the World Health Organization’s (WHO) International Agency for Research on Cancer announced findings that glyphosate is “probably carcinogenic to humans.” It is misleading to not mention this recent, worrisome report, since the WHO is a specialized agency of the United Nations, which includes U.S. and European membership. 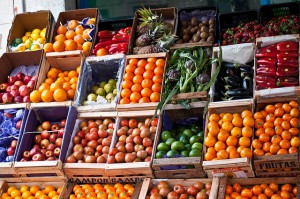 Finally, while organic standards dictate that organic management must preserve natural resources and biodiversity, support animal health and welfare, and avoid the use of synthetic inputs, no such ideals are associated with the use of GMO’s, and several practices associated with GMO use have been linked to environmental degradation.  For example, studies show that organic farming support increased pollinator biodiversity.  Unlike organic systems the use of GMO crops does not have a good reputation when it comes to pollinator health.  One study published in the Journal of Animal Ecology found that the use of herbicide-resistant GMO’s are largely responsible for declining monarch butterfly populations. Monarch butterflies rely exclusively on the milkweed plant to lay their eggs and as a food for monarch caterpillars, and the use of herbicide-resistant crops allows for herbicides, predominantly glyphosate, to be applied more liberally, killing milkweed plants and leaving monarchs with few egg-laying sites and food sources.  The study found that almost 70 percent of milkweed plants used by monarch butterflies are found in agricultural landscapes, and that the increased use of GM crops over the past two decades has led to a 21 percent decline in the number of milkweed plants. This decline has had a greater negative impact on monarch butterfly populations than either deforestation or climate change.

The comments made by Dr. Fedoroff in her response to the question “Should Companies Be Required to Label Genetically Modified Foods?” are uninformed at best, and potentially misleading to readers. Organic as a production system is as safe, if not safer, than conventional production, and certainly provides environmental benefits that are not supported by production systems using genetically modified monocultures.