Response to “Why Organic Isn’t Sustainable”

Response to “Why Organic Isn’t Sustainable” 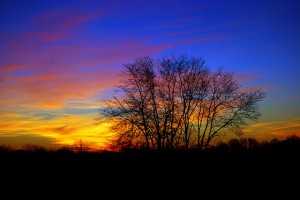 U.S. Department of Agriculture (USDA) organic standards are based around the principles of sustainability and health. In addition, organic farming has many environmental advantages when compared to conventional farming.  Organic farming supports biodiversity and soil health, decreases nutrient runoff and has the ability to mitigate climate change.  These science-based facts are missed in Henry Miller’s opinion piece “Why Organic Isn’t Sustainable” published in Forbes magazine. Several of Miller’s points lack sources, and when citations are provided, they often link to papers that do not support his claims. In fact, some of the studies he cites contradict his arguments. This is not the first time The Organic Center has responded to Miller’s opinion pieces. This piece, like his previous articles, should have been fact checked before published.

Miller quotes from a study published in Hydrology and Earth System Sciences (which lacks any citation), suggesting that the study shows that compost contributes to groundwater pollution more than fertilizers. Miller has tried to use this study before to support his arguments. However, this paper is an isolated study looking only at intensive greenhouse production, and cannot be used to draw conclusions about field agriculture, or even low-input greenhouse production. In fact, most studies that examine nutrient runoff show that organic production methods result in reduced nitrogen losses when compared to conventional crop production. This evidence has been used to make recommendations on methods for decreasing algal blooms in the Great Lakes and the size of Dead Zones in the Gulf of Mexico and Chesapeake Bay. Iowa State University, for instance, addressed the issue of high nutrient pollution in the Mississippi River (which contributes to the Gulf of Mexico Dead Zone) by proposing a plan that relies heavily on decreased use of synthetic fertilizer. 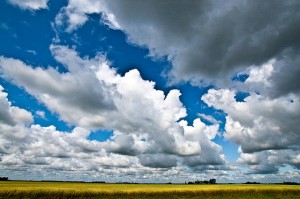 Miller’s source justifying the statement that at a large scale, composting generates a significant amount of greenhouse gasses is not scientifically sound. Sustainablog is not a peer- reviewed scientific journal, but a blog started by an assistant professor of English. But lack of reliable sources aside, to some extent this is true. The process of anaerobic decomposition and denitrification does release small amounts of methane and nitrous oxide which are both greenhouse gasses; if you scale up your composting operation, you will inevitably release more methane and nitrous oxide into the atmosphere. However, properly managed compost piles that remain aerobic significantly reduce the emissions of these powerful greenhouse gases. Additionally, if compostable plant materials were to be thrown into landfills rather than composted, decomposition would be primarily anaerobic, resulting in higher methane production than well-managed compost.

Not only does composting reduce the greenhouse gas emissions that would otherwise inevitably occur when organic waste decomposes but it also reduces the need for fossil fuel based synthetic fertilizers. The production of synthetic fertilizer used in conventional practices is extremely energy intensive and can result in higher greenhouse gas emissions than the use of compost. The climate change mitigating effects of compost usage becomes even more obvious when the amount of carbon that is sequestered is also taken into account. A comprehensive study by Food and Agriculture Organization of the United Nations (FAO) scientiststhat took all of these factors into account found that the emission reduction potential by abstaining from using mineral fertilizer would be about 20%, and the compensation potential by carbon sequestration would be 40-70% of the world’s current annual agricultural greenhouse gas emissions. Furthermore, organically managed soils release lower levels of greenhouse gasses into the atmosphere than conventionally managed soils. Another recent analysis of 19 comparative studies from around the globe examining emission levels found similar results, showing that organically managed soils release 492 kg less carbon dioxide per hectare per year than conventionally managed soils. Their findings also showed that the uptake (or sequestration) of methane on organic farms was higher than on conventional farms. When the overall greenhouse gas emission levels from organic agriculture are compared to those of conventional agriculture, studies consistently find that organic systems are less energy intensive and emit less greenhouse gas.

Miller also references reduced yields in organically managed crops. However, new studies show that the use of best management practices in organic systems over a period of time can result in yields equal to, or even surpassing those of conventional systems. One recent study published in Crop Management summarizing results from the Iowa State Long-Term Agroecological Research Experiment demonstrated that organic yields increase the longer their fields are managed organically. Long-term yield benefits from organic agriculture are also predicted due to the fact that organic management maintains (rather than depletes) long-term soil health, which is critical for continued yields. Another study published in the journal Science showed that organic soils have greater biological activity, greater soil stability, more biomass and higher diversity than conventionally managed soils. These beneficial soil properties have led to studies finding that organic farms have a yield advantage in extreme weather events such as droughts and flooding, meaning that organic may fare better as our planet continues to experience climate change. Additionally, organic farming does not preclude the use of no-till techniques, as suggested by Miller, and there are several successful techniques for no-till farming developed specifically for organic systems. 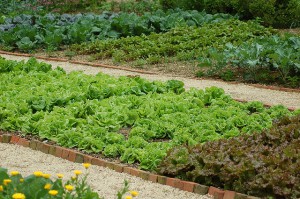 Miller also claims (without a citation) that compost is a source of pathogenic bacteria for crops. However, properly managed and stored piles of compost eliminate human pathogens from compost, and there have been no food borne illness outbreaks associated with composts. Every regulation pertaining to compost facility permits requires that operators document that they comply with safe composting practices and conduct pathogen tests after the compost is finished to ensure the safety of the product.

Finally, Miller cites an article published in the Journal of Environmental Management  to claim that organic has negative environmental impacts, yet the study itself actually reports results that support the environmental benefits of organic farming Miller is cherry-picking results from the study, only citing insignificant results, while ignoring significant results showing the environmental advantages of organic management. In fact, the article points out that organic farms “tend to have higher soil organic matter content and lower nutrient losses (nitrogen leaching, nitrous oxide emissions and ammonia emissions) per unit of field area.” The study abstract notes that “Most of the studies that compared biodiversity in organic and conventional farming demonstrated lower environmental impacts from organic farming.”

Miller’s article is poorly researched and misses the extensive literature supporting the benefits of organic agriculture in maintaining a healthy planet. It is unfortunate that Miller continues to submit opinion pieces without taking the time to thoroughly research the issue or even ensure that the scientific papers he cites support his claims.