Response to "Organic food won't help you get pregnant"

Response to "Organic food won't help you get pregnant"

Response to the National Review op-ed "Organic food won't help you get pregnant" by Julie Kelly published on December 6. 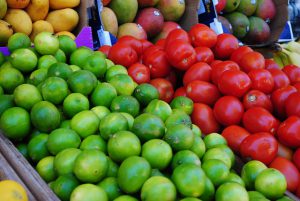 Did Julie Kelly actually read the peer reviewed scientific article she is bashing?  It appears not.

Kelly also seems to be either confused about what constitutes peer review or just throwing out lies. JAMA Internal Medicine is a well-respected, peer-reviewed scientific journal.  What that means is that all articles published in that journal must go through a rigorous peer review process before they are accepted and published.  To claim that the study was not peer-reviewed is just plain false.

The study authors recognize that their research identifies a correlation (as opposed to causation) between the consumption of high pesticide residue produce and negative reproductive outcomes in their study population and they call for more research to address this. They also note - in an interview with CNN and not in their publication - that organic is just one option for those that want to reduce risk that may be associated with pesticide exposure.  While Kelly interprets this suggestion as industry-influenced “dishonesty and shamelessness” to “exploit a vulnerable group,” it could also simply be that the researchers are making an informed recommendation based on their research results in hopes that it will lead to improved health outcomes for others.

It’s clear that Julie Kelly likely cannot be convinced that these research results are not part of a larger conspiracy, but she should at least read the research paper before she attacks it.