Oct 04, 2017
by Allie Nicodemo
Originally posted on News@Northeastern
Over the past nine years, Northeastern scientists Geoffrey Davies and Elham Ghabbour have been getting their hands dirty, analyzing soil samples from nearly every state in the country. All that sifting, sorting, labeling, and testing has culminated in new research showing that soil from organic farms is better at sequestering carbon than soil from conventional farms. 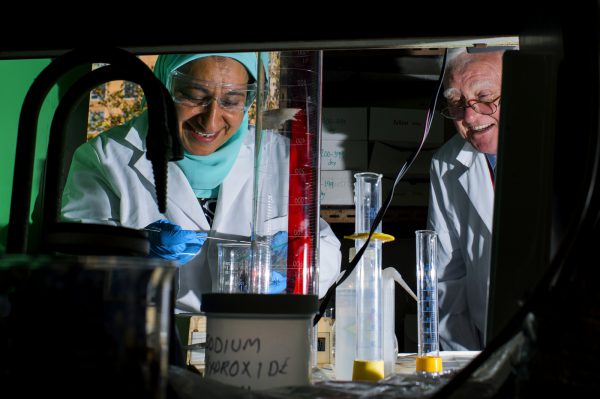 Ghabbour, a soil expert, said the reason organic soil can hold more carbon is because it has higher concentrations of humic acids. These are substances in the soil that give it the brown color we see in our backyards, as opposed to the sandy-blonde or ashy-red varieties. Humic acids bind to soil, making it more fertile, allowing it to retain water, and assisting plants in absorbing nutrients. It also captures carbon—a greenhouse gas that contributes to climate change—from the air and stores it long term. 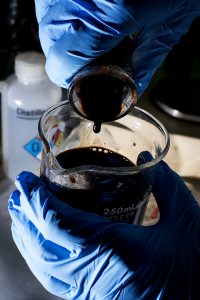 The findings, published Sunday in Advances in Agronomy, have implications for the climate and overall health of the planet, they said. “It’s also consistent with the mantra of Northeastern—to promote sustainability and security,” said Davies, Matthews Distinguished University Professor of Chemistry. “Food has to be safe, and you have to preserve the means to grow food.”

This is the first study of its kind, Ghabbour said. She and Davies developed a novel method to extract humic acids from soil samples—a process that takes nine days to complete. They described the method in the paper with the hope that other labs around the world will replicate their findings.

Ghabbour has been studying humic acid since 1982. She joined Northeastern in 1993, when she and Davies built the Humic Acid Research Group. “She’s the leading expert on the subject,” Davies said. One of the group’s early discoveries was finding humic acid molecules in a live plant. Up to that point, scientists had thought it came only from decomposing plants. 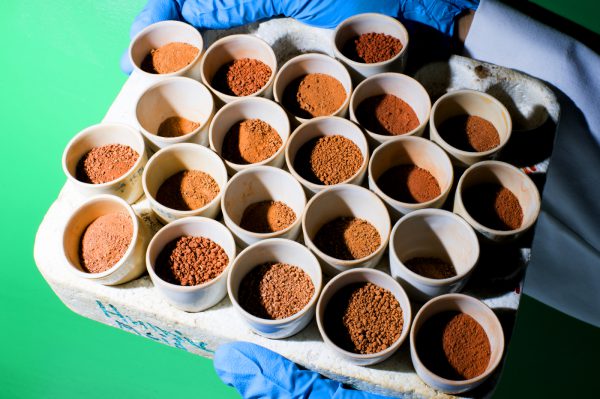 Humic acid is still shrouded in mystery, even today. “We hope to be able to find a chemical structure from the spectrum of humic acids,” Ghabbour said. “We’ve only suggested model structures at this point.

“Nobody knows the structure of it,” Ghabbour continued. “Humic acids also capture carbon dioxide—a greenhouse gas in the form of organic substances that contributes to climate change.” 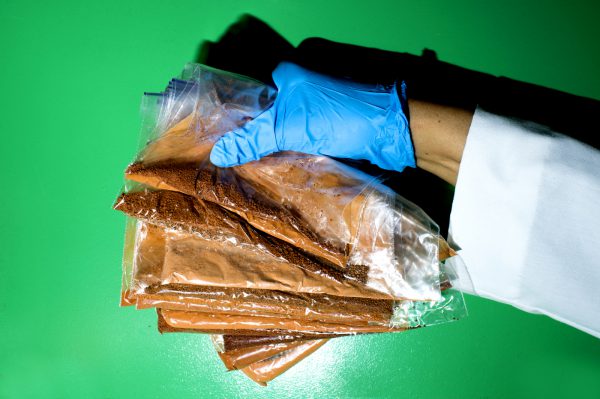 
Researchers also don’t know why organic soil has higher concentrations of humic acid than conventional soil. But they have a theory.

“One of the reasons could be that feeding soils with fertilizers kills this material,” Davies said. Humic acids act as natural fertilizers, selectively binding to toxins and releasing nutrients in the soil. The synthetic alternative to humic acids is man-made “plant food” like Miracle-Gro and other fertilizers. But while these products can be effective, “It’s not building soil. It’s giving plants quick food” Ghabbour said. “The humic acids in soil are healthier for the soil long term.”