Update: Response to "Organic farms don't have the tiny carbon footprint they like to tout. But they could"

Update: Response to "Organic farms don't have the tiny carbon footprint they like to tout. But they could" 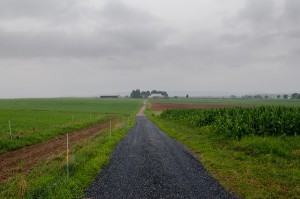 Update: An official rebuttal by scientists to Julius McGee's study correlating organic farm acres with an increase in agricultural greenhouse gas emissions has been published in the peer reviewed journal Agriculture and Human Values. The authors identify "several methodological flaws that invalidate the results" and reflect criticisms previously published by The Organic Center.  Main points include that (1) the hypothesis tested does not match the question and therefore cannot be used to draw the conclusions made; (2) the data used are not adequate (such as failing to consider differences in livestock vs. crop sectors or reduction in emissions from the production of synthetic fertilizers);and (3) The findings are not discussed in light of the large body of research published on the topic.

Original Post: In the Guardian article written by Julius McGee, he discusses his study results correlating organic farm acres with an increase in agricultural greenhouse gas (GHG) emissions.  However, the analysis whereby McGee obtained these results contains too little relevant information for any deductions to be made about causes of increased GHG emissions.  The statements McGee makes are much too definitive given the shortcomings of his model.

As the adage says “correlation does not equal causation,” and this is especially apparent in this study.  The statistical model used is simplistic and the data insufficient to draw any meaningful conclusions regarding the actual source of GHG emissions.  For instance, the model includes estimates for total agricultural GHG emissions and increases in organic acres but fails to take into account growth in conventionally farmed acreage.  If the number of conventional acres has also increased over the last 5 years then the model would likely indicate that conventional farming is also correlated with an increase in agricultural green house gas emissions. 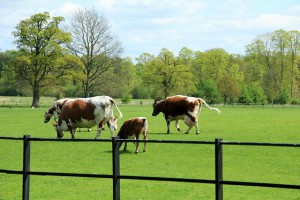 Furthermore, data regarding different farming sectors was ignored.  Because the intensive production of livestock inherently produces more GHG emissions than specialty crops the growth or decline of these farming sectors directly influences GHG emissions.  For example, a small increase in conventional acreage devoted to livestock production will have a much larger impact than a larger increase in organic acreage devoted to fruit and vegetable production, which compose the majority of organic acres.

Another adage commonly used in the scientific world is “a model is only as good as the data on which it is based” By excluding relevant information on numerous factors that directly influence agricultural GHG emissions it is impossible to accurately infer what may actually be driving increased GHG emissions.  While the sociological discussions in the paper are sound, the accompanying analysis is not.  This study could greatly benefit from collaboration with a statistician or scientist that is more familiar with statistical modeling.