Illegal Antibiotics in Milk: What the FDA report means for organic

Illegal Antibiotics in Milk: What the FDA report means for organic 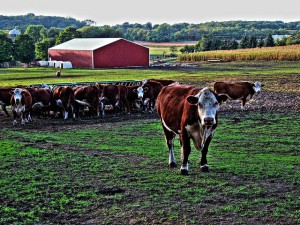 A study was recently conducted by the U.S. Food and Drug Administration (FDA) investigating almost 2,000 dairy farms for antibiotic contamination in milk. The FDA report showed that a small proportion of milk had residues of illegal antibiotics, causing worry about the use of drugs barred from use the dairy market. Milk shipments are only tested for six of the most widely used antibiotics, so some farmers appear to be avoiding detection by using antibiotics that aren't included in the standard test, because they aren't approved for use in lactating dairy cows.

Fortunately, the incidences of illegal drug use are low:  between 0.4 and 1%. Some FDA representatives have claimed their findings as encouraging, because the report shows low levels of violations. However, just because illegal antibiotic use statistics are considered low by the FDA, this report still means that up to one out of every hundred milk samples are “hot.” Additionally, even when illegal antibiotics are not used, it is very common for conventional farmers to use legal antibiotics in the dairy production. 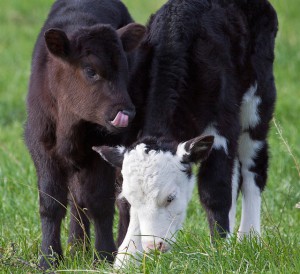 Coming from the organic perspective, it is important to remember that people don’t choose organic because they are worried that conventional products contain illegal drug residues:  people choose organic because they want to avoid any synthetic chemical residues at all. The organic standards prohibit the use of products like synthetic pesticides, antibiotics, and hormones, and they have consistently been found to have lower levels of these chemicals than conventional products, and that eating an organic diet can reduce the levels of pesticides in your body.

Regardless of the FDA report findings, it is important to choose organic if you are worried about the presence of antibiotics or antibiotic-resistant bacteria. There are several studies that have shown that you can reduce your exposure to antibiotic-resistant bacteria through choosing organic. If that isn't enough to convince you, then remember that organic has a better nutritional profile and doesn't use hormones or pesticides in dairy feed!