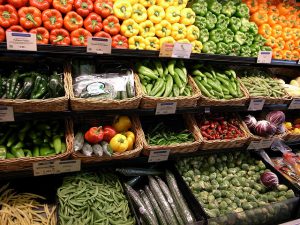 A new report commissioned by the European Parliament reviews the existing scientific literature on the human health implications of organic food and agriculture. The report highlights the importance of pesticide avoidance particularly for children and pregnant and mothers. Epidemiological studies have demonstrated negative effects of low-level pesticide exposure on the cognitive development of children. Choosing organic represents a path by which these vulnerable groups can reduce their pesticide exposure. However, while choosing organic is a simple way that consumers can avoid pesticide residues, it is important for pesticide regulators to play a part in protecting consumers, and the report calls on pesticide regulators to consider health effects of low-level pesticide consumption when assessing the safety of agricultural chemicals.

Avoiding toxic heavy metals is another benefit of choosing organic noted by the report.  The authors examine the research on cadmium, a highly toxic heavy metal, concluding that organic crops typically contain significantly lower levels of Cadmium.  Cadmium builds up in in conventional crops because of long-term application of synthetic fertilizers.  Because organic farmers use natural fertilizer sources such as manure, legumes and cover crops to enhance soil fertility, they generally have lower levels of toxic metals.

The report also notes that numerous studies have correlated an organic diet with lower risk of childhood obesity and lower incidences of obesity and type 2 diabetes in adults, but notes that more research is needed to disentangle the relative importance of choosing organic vs other lifestyle choices often made by organic consumers.

Finally, the report highlights the importance of organic food and farming as a way to combat antibiotic-resistant bacteria.  Because organic livestock producers do not treat their animals with antibiotics unless medically necessary and use animal husbandry practices such as good hygiene in place of low-dose administration of antibiotics, antibiotic-resistant bacteria are much less prevalent on organic farms than conventional. The report concludes by recommending ways in which the European Union can make policy changes to encourage the growth of organic agriculture.