Genetically modified cotton is widely grown throughout China, South Africa, India and the U.S. Science on the environmental, social and public health effects of GM cotton has mixed  results with some studies showing that GM cotton successfully manages pests in an economical way, while other studies show crop failures, economic hardships for the farmers, and negative environmental impacts. A recent study in the International Journal of Engineering Science and Computing revealed that organic cotton farmers experienced similar or more profitability than GM cotton farmers in India, and organic farming practices were perceived by farmers to improve biodiversity, and environmental and human health. Genetically modified cotton is primarily engineered to protect against a small group of insect pests called “bollworms.” A soil bacterium, Bacillus thuringiensis, produces a toxin that kills the larvae of these pests. A gene from this bacterium is inserted into the GM cotton plants so that the plant itself produces the same toxin to kill its insect pests. The seeds for this GM cotton are proprietorial and expensive, but touted to increase yields and profitability by insuring against pest damage. However, the use of this technology has posed many economic and environmental challenges for cotton farmers across the world. 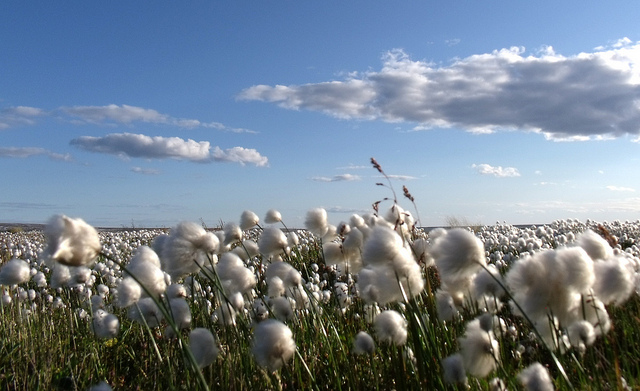 This study conducted in-depth interviews to determine the costs of organic cotton production against Bt cotton production in India, where currently 90% of its cotton production is Bt cotton. The research showed that Bt cotton costs producers 21% more than organic production and yields were comparable between the two production methods. Organic farmers spent less on cotton seed, inputs to manage soil fertility, and pest control. Labor expenses were slightly higher (but not statistically significant) for organic farmers, particularly in relation to weed control. However, these costs did not outweigh the costs of chemical control for Bt cotton farmers. Also, increased labor needs resulted in more employment of local farm labor which benefits rural economies. Organic inputs used to increase soil fertility are less expensive (and when self-generated they are free) and organic fertilizer use results in better soil quality. Some organic cotton farmers also intercrop with a nitrogen-fixing legume crop that increases nutrient cycling and improves soil health.

Though Bt cotton is genetically engineered to prevent pest damage, the researchers found that Bt cotton farmers in this region still use large amounts of multiple insecticides for pest prevention, even before pest attacks occurred. The list of chemicals included Imidacloprid, Monocrotophos (an organophosphate), and Chlorpyrifos. These chemicals are known to be hazardous to human health, negatively impact beneficial biodiversity, and are also expensive, adding to the costs of Bt cotton production. This research shows that organic cotton farming can be profitable while also improving the environmental impacts of cotton farming. The researchers suggest that outreach and extension activities should be improved to better promote the value of organic cotton production in India.