Organic and Climate Change: Look at the Big Picture

Organic and Climate Change: Look at the Big Picture 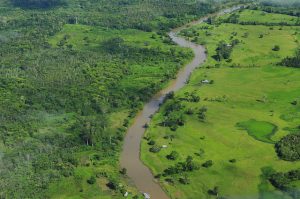 Misunderstandings about organic agriculture abound, and can be clearly seen in a recent misleading article published in US News entitled “Organic Food Is Worse for the Climate Than Non-Organic Food”, referencing a press release about a recent study published in the journal Nature. The US News piece suggests that organic is a bigger contributor to climate change than conventional agriculture because the lower yields contribute to deforestation – a strange conviction considering that conventional agriculture, not organic, is a major contributor to deforestation. The article also ignores the many mitigating effects organic has on climate change, and the positive trend of increased yields as research on organic techniques comes out.

The study focuses on land use, and claims that because some organic crops have lower yields than conventional crops that translates to global deforestation. As Stefan Wirsenius, one of the study authors explains “The greater land-use in organic farming leads indirectly to higher carbon dioxide emissions, thanks to deforestation.” However, the idea that organic farming is a contributing cause of deforestation is misguided, because the world isn’t operating at maximum efficiency when it comes to matching food production with need. The world produces an over-abundance of food for our global population (despite the tragic growth of food instability and hunger around the world, in part due to food waste, inefficient diets, and unequal distribution), which means that if an organic farm produces less in one area, the world does not need to cut down forests somewhere else to create a new farm to make up for that lack of production. 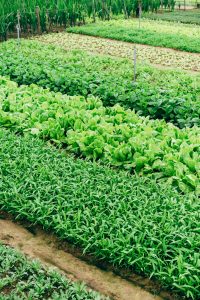 The basic premise that a reduction in food production on organic farms translates to deforestation is flawed.  This is especially galling, because conventional farming has a history of decimating forests around the world. Industrial agriculture, in combination with subsistence agriculture, is the most significant driver of deforestation in tropical and subtropical countries, and according to recent stats from FAO  has led to nearly 90% of deforestation. In fact, the organic community has spent a considerable amount of time reflecting on this very issue, and is working toward building native ecosystem preservation into the organic standards: in April 2018, NOSB passed a recommendation on “Eliminating the Incentive to Convert Native Ecosystems to Organic Production,” preventing land that supports native ecosystems from being certified for organic production for a period of 10 years from the date of land use change to agriculture. If someone wants to point a finger at the causes of deforestation, organic is a red herring.

It’s also important to point out that the actual study only mentions organic in relation to yield intensification.  They don’t factor in some critical aspects that differentiate the two farming systems, especially when it comes to climate change. For example, one of the major differences between organic and conventional systems is that organic doesn’t allow fossil fuel-based fertilizers or most synthetic pesticides. The production and transportation of these conventional inputs is a major energy use. The manufacture of synthetic fertilizers alone comprises as much as 10% of global agricultural emissions. Organic production methods significantly reduce greenhouse gas emissions and use less energy because of the decreased use of fossil fuel-based inputs. 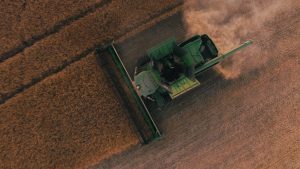 In addition to reducing greenhouse gas emissions, organic farming can contribute to climate change mitigation through the use of soil management practices that restore soil carbon stocks. Core practices of organic farming such as more complex and diversified crop rotations, use of cover crops, integration of perennial cropping phases, and the use of compost or manure for fertilization contribute to a closed nutrient cycle, increasing soil organic carbon and creating the opportunity to increase carbon sequestration.

All this isn’t to say that yields aren’t important. One of the most important ways that organic can increase its environmental benefits is through improved yields without decreases in ecosystem conservation. We’re well on our way – despite a dearth in funding for organic research (for example, ninety-five percent of current crop varieties have been developed for high-input conventional management, and may not be well suited for organic systems) we have already seen increases in yield on organic farms, thanks to the limited studies that have tackled on-farm challenges for organic farmers. According to a study by researchers at the University of California, Berkeley, research supporting organic practices could further decrease or even be eliminate the yield gap between organic and conventional farming through the use of best management practices and further research.  The organic sector has already seen the benefits of the small amount of funding directed toward overcoming challenges to organic production, and several studies have found that best management practices can result in yields comparable to conventional.

Taking a holistic view of our food system, chemically intensive, industriallized, monoculture farming isn’t a viable option for long-term food security.  It depletes our soil, destroys pollinator populations, and depletes carbon stores. Without ecological production systems like organic we won’t be able to support food production in the long-term. So, when you read the US News press release keep in mind that it relies on a model that doesn’t take into account the biological reality of our world, and completely ignores the multitude of benefits that organic farming conveys: both to our climate and our enduring ability to produce food.